While out on a morning game drive/ safari in Pilanesberg we came across two lionesses out on a hunt. They were walking around on the lookout for some prey. Not far up the road, there were some waterbuck that had no idea of the danger heading their way.

The lionesses split up and we all knew the hunt was on. They stalked low down in the grass edging closer and closer to the unsuspecting prey, making use of every tree and shrub they could find to hide their position.

We had lost visual of the one lioness so we kept a close eye on the one we could see. After about 20 minutes with the visible lioness, not 30 Meters away from the waterbuck they caught wind of her and made a run for it. The lioness gave a half-hearted chase and stopped as the waterbuck went into a dry riverbed, where we could no longer see them. The lionesses had missed their target … or so we thought. Little did we know the lioness that we had lost sight of had been waiting in ambush in the riverbed. As we moved forward this is what we found. 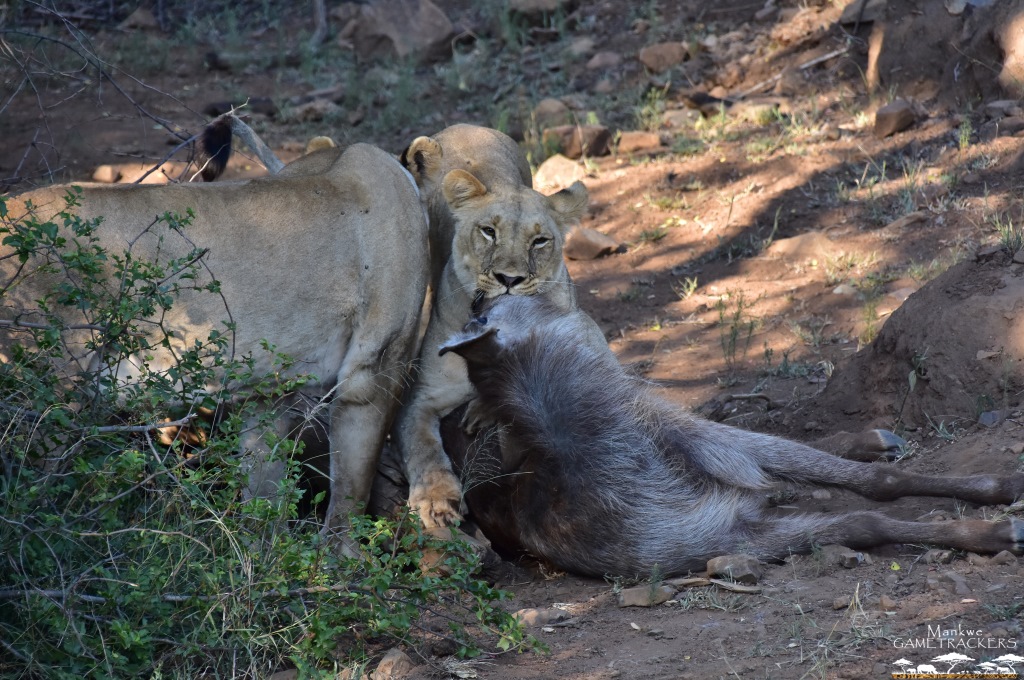 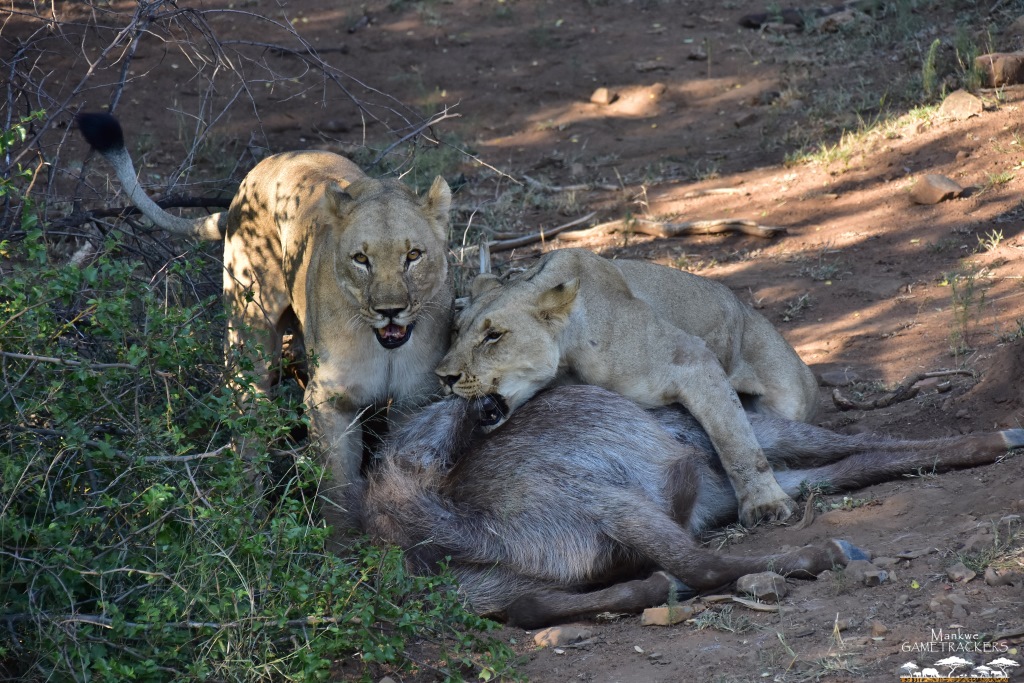 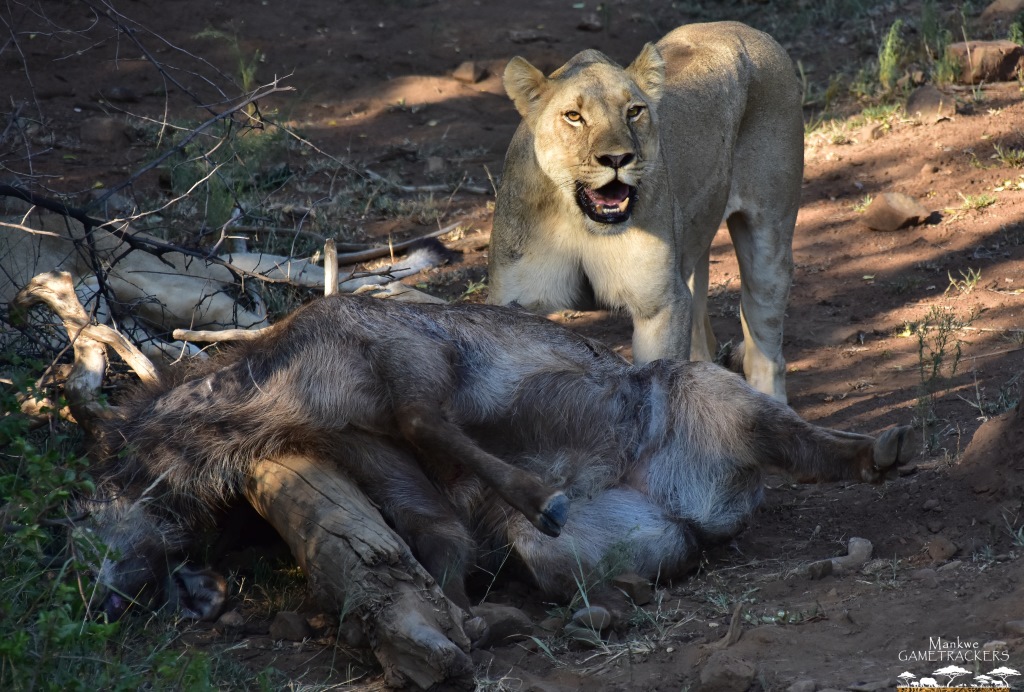 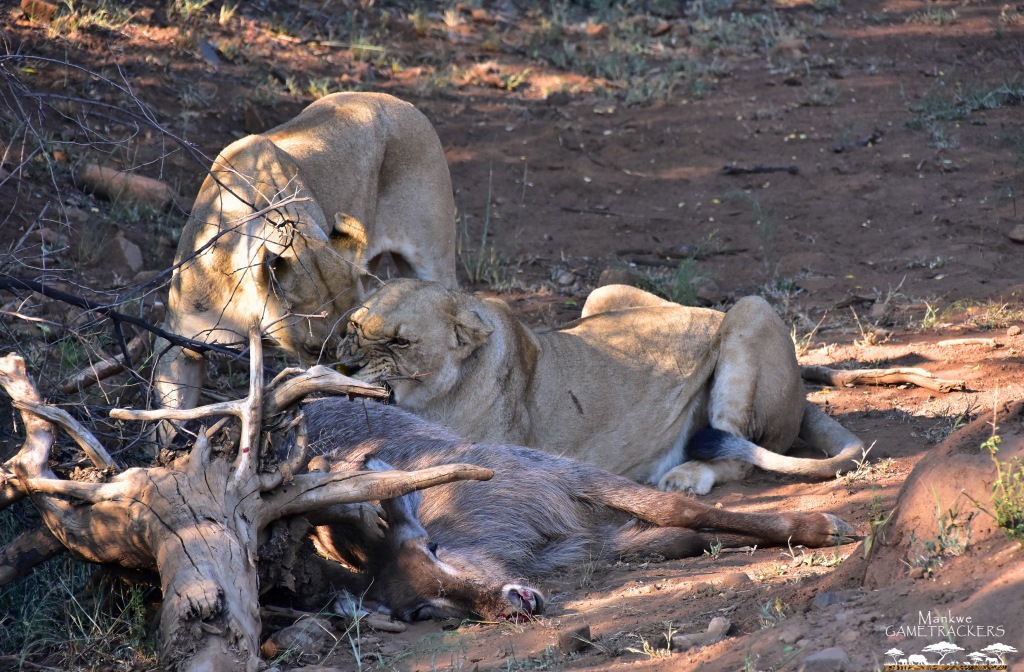 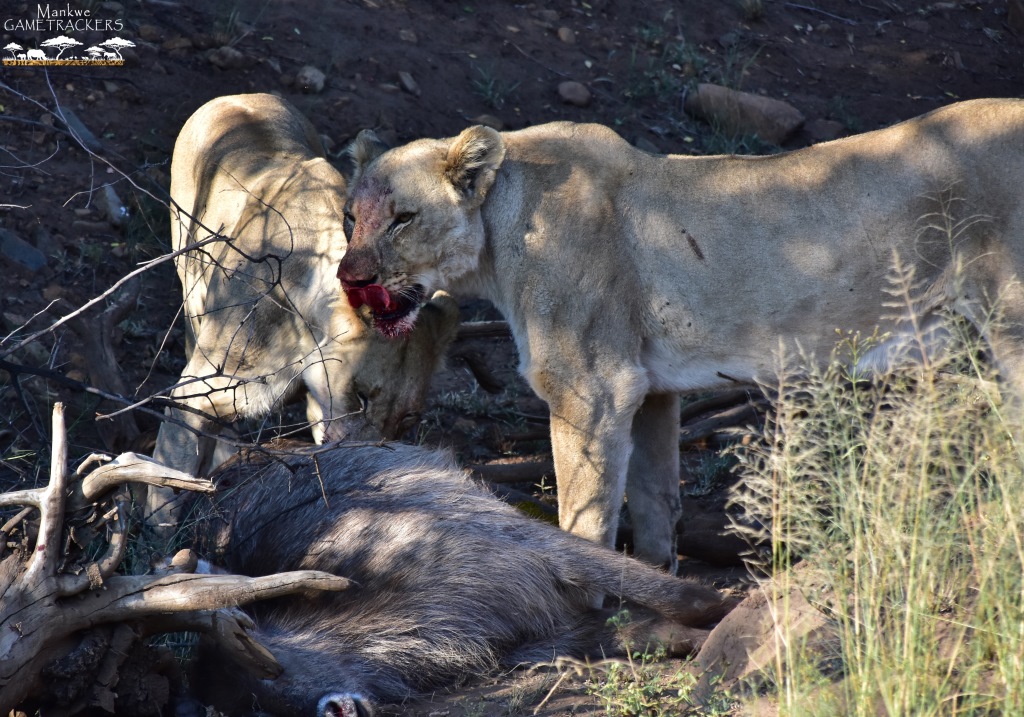 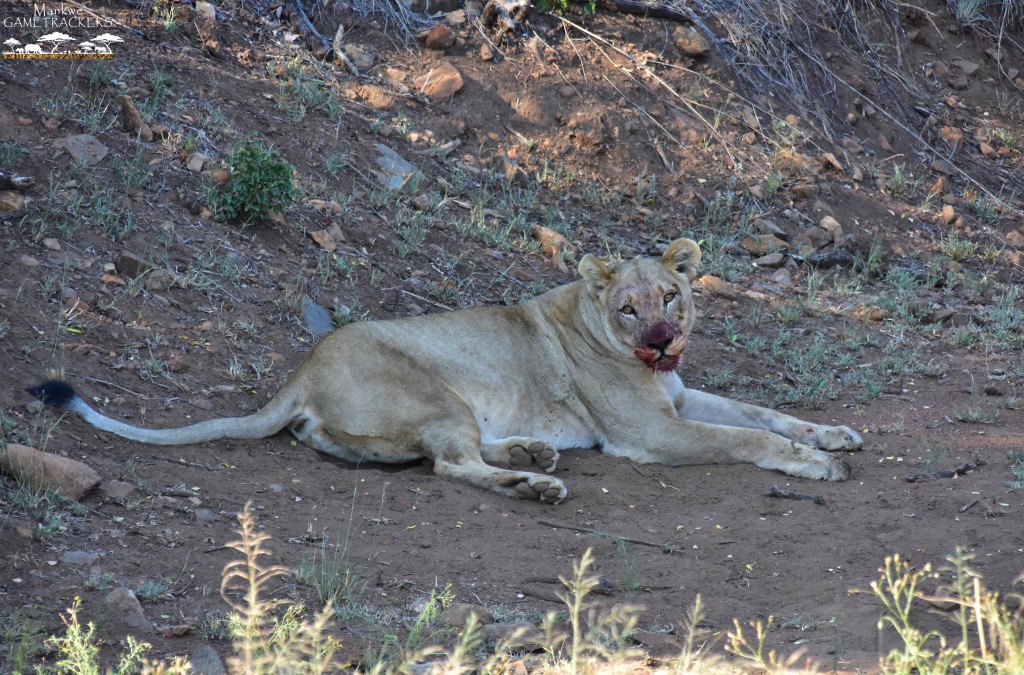