A sighting that the guides and guests will not soon forget.

Field guide Tarryn Rae elaborates for us: “It was a rather cold morning in Pilanesberg and I was actually taking guests to do the hot air balloon safari. The weather wasn’t playing along and at the last minute the wind picked up and balloon had to be cancelled”.

“As we were making our way back I heard an update on the radio that there were lions on a kill down one of the dirt roads we were going to be passing. I told my guests about the sighting and everyone agreed that it would make the early start to the day worth it, if we could go to the sighting. . . So glad that we did”.

“When we arrived you could see the lions were on a wildebeest kill. They had probably killed it during the night in the open grass area where they now lay. We sat there for awhile watching them eat and move around to a more comfy spot to have a snooze. I noticed some movement behind us as a “crash” of White Rhinos emerged from the tree line. At first I didn’t think they would come too close to the lions but they kept coming as if they were inquisitive about all the commotion”.

“They seemed to have a mutual respect, the lions however were not comfortable with the intruders. We were all so excited, it was so great to see this type of interaction between two phenomenal animals”. 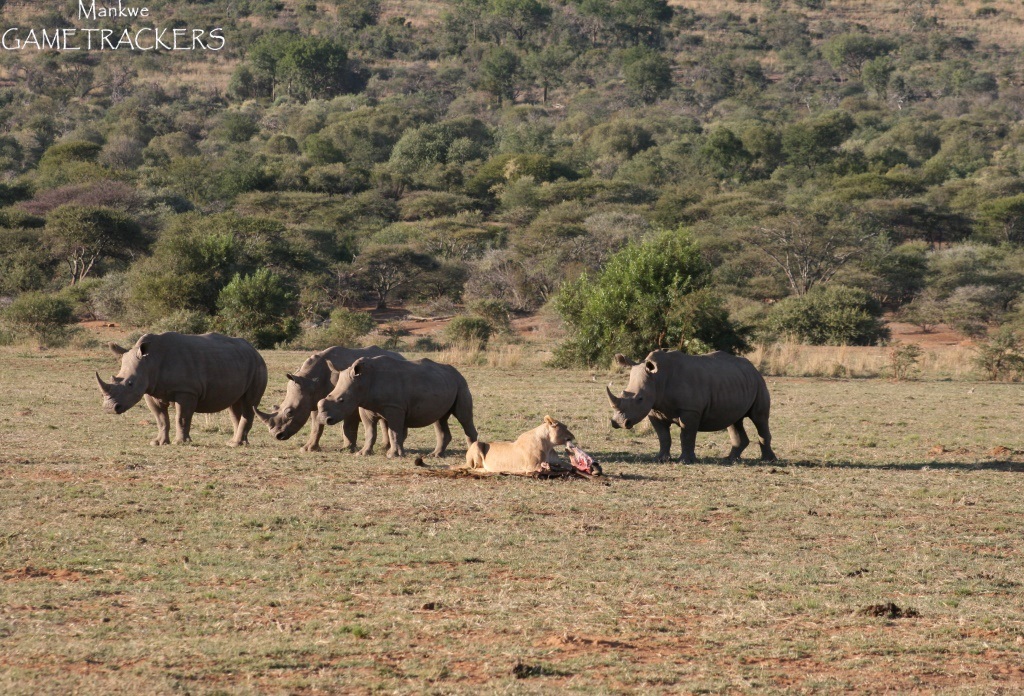 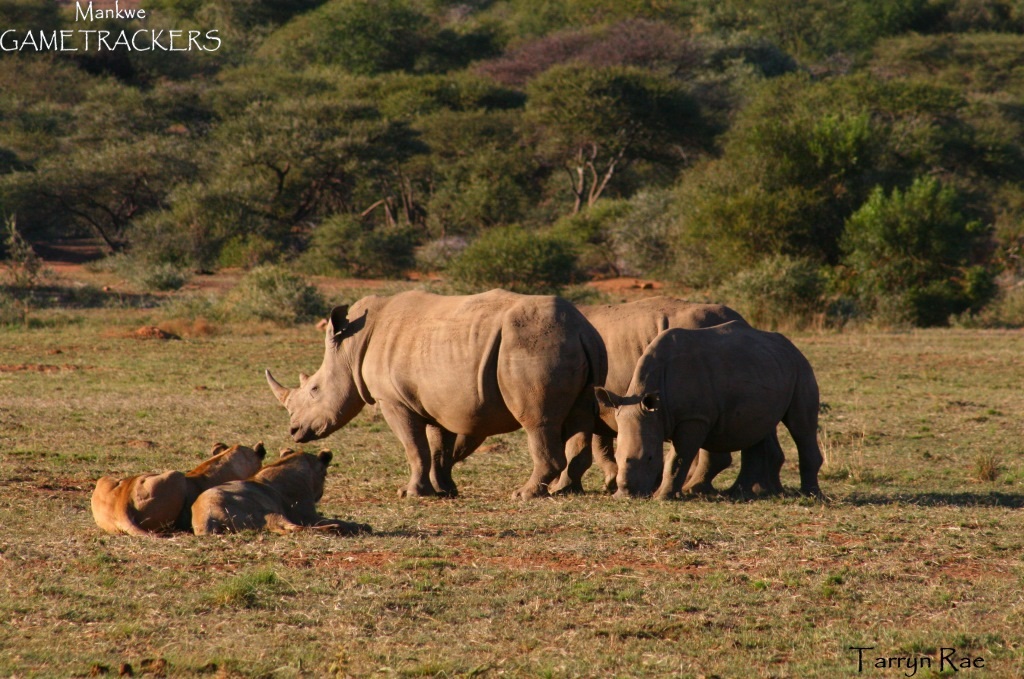 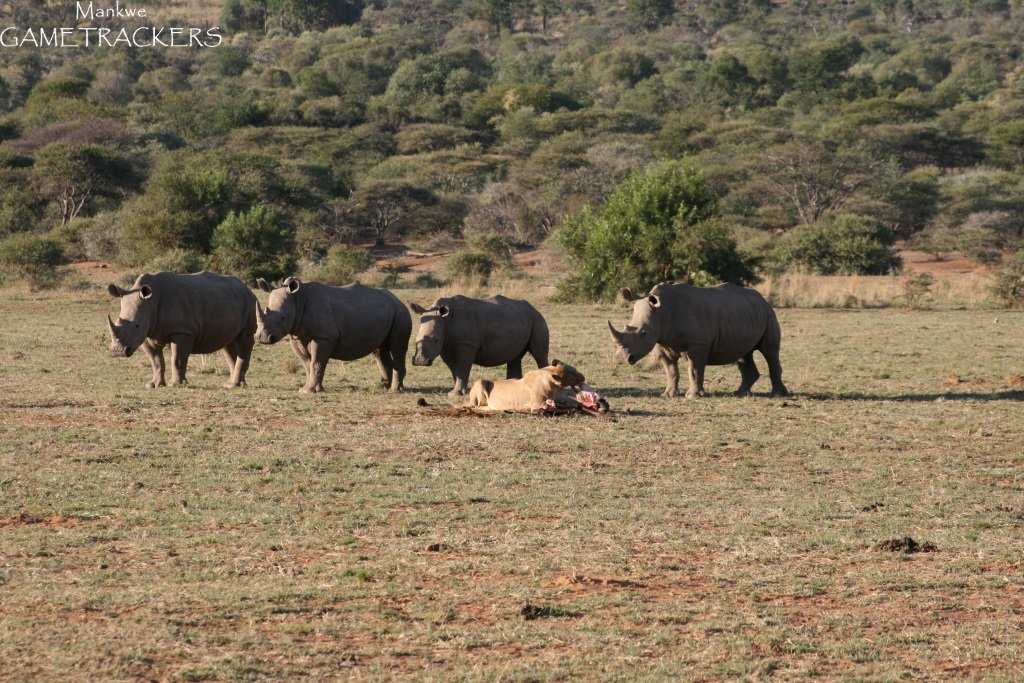 Pilanesberg views – Welcome to our office