How to tell the difference between male and female Giraffes.

Ever wonder how to tell the difference between a male and female Giraffe even if you just see their heads above the trees? 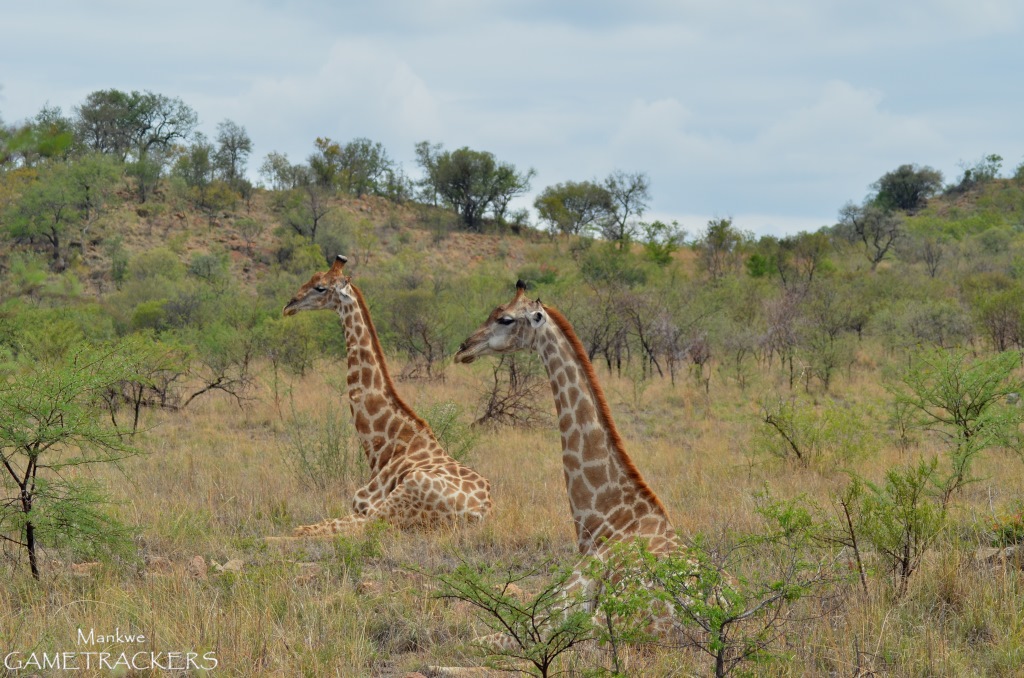 In the above photo the male is on the left and the female on the right. Both male and female Giraffes have ‘horns’ which are actually called ‘ossicones’. These Ossicones are formed from ossified cartilage and are covered in skin. The male has larger ossicones which they use for sparring, causing all the fur to rub off leaving grey bald spots on top of them. The females however don’t fight so their ossicones are thinner and you can see the fur standing up on them.