A once in a lifetime sighting 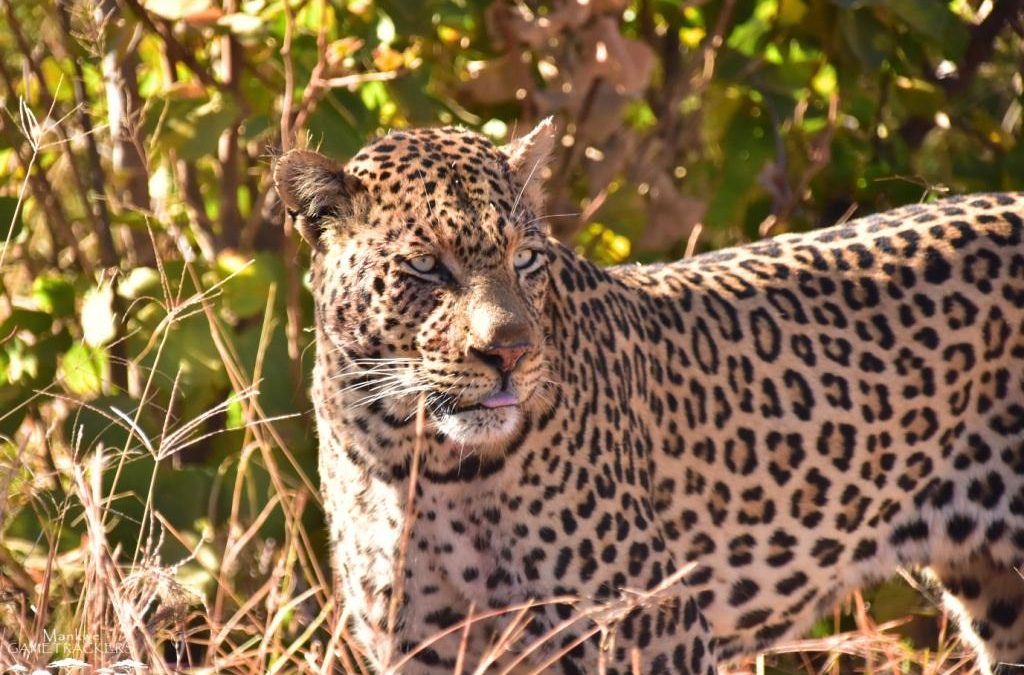 A couple of weeks ago field guide Greg Esterhuysen had stopped to look at a herd of Kudus and give his guests some information about them. After a few seconds, something caught his eye. There was a slight movement in the shadows of a small tree…A leopard! 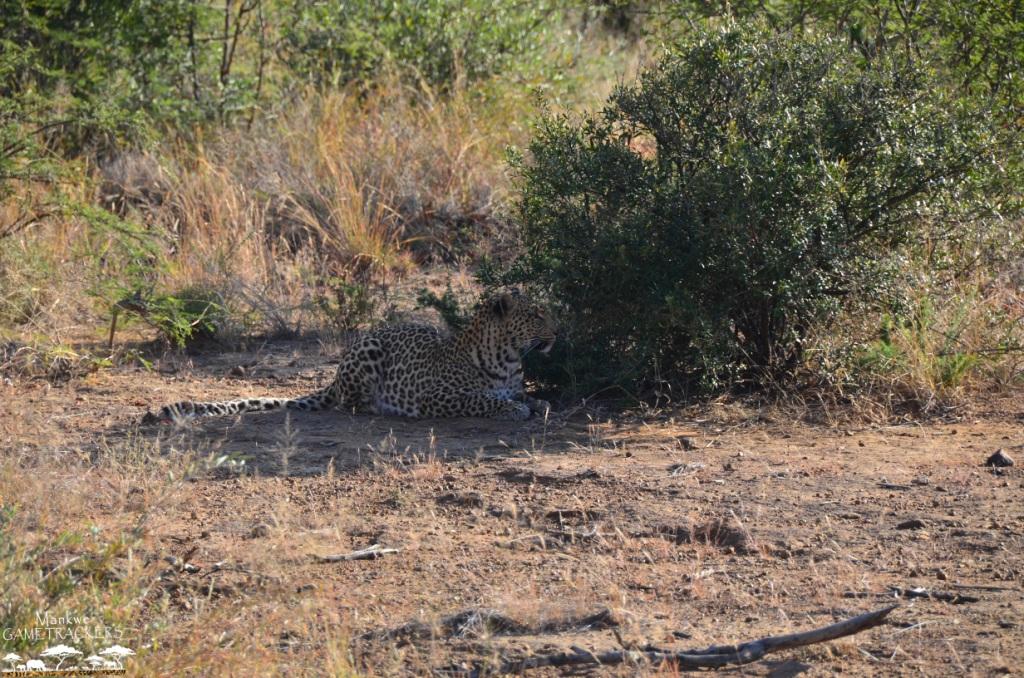 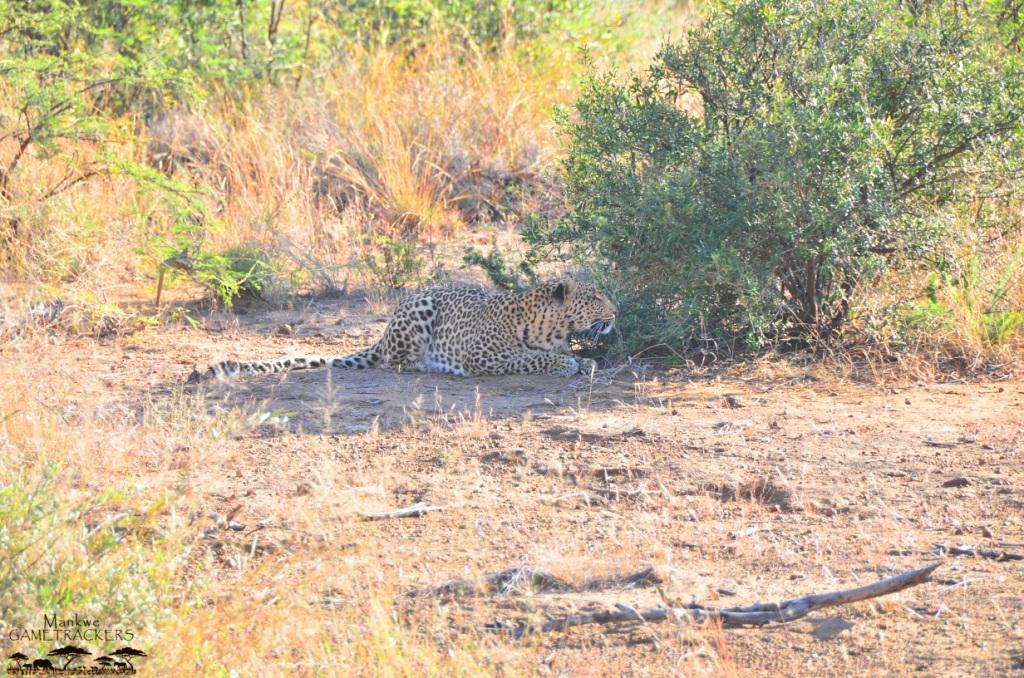 The leopard was keeping a very close eye on the Kudus as they moved closer to her. She lay behind the small tree dead still in order to remain undetected. What unfolded was nothing short of spectacular.

When one of the younger Kudus got even closer it got distracted for a second and looked in the other direction, the leopard took its chance. She ran and before the Kudu even realized what was happening leaped into the air and managed to take hold of the kudu around its throat. Within minutes the Kudu was dead and the leopard dragged its meal away.

Right place at the right time as it is not often we get to see something like this. Here are the photos Greg Esterhuysen managed to get of the action. 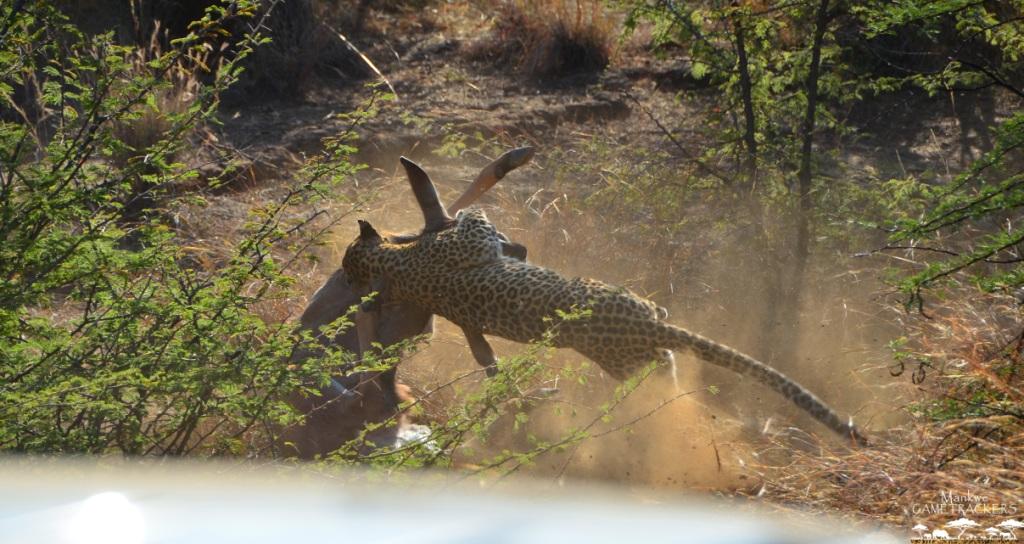 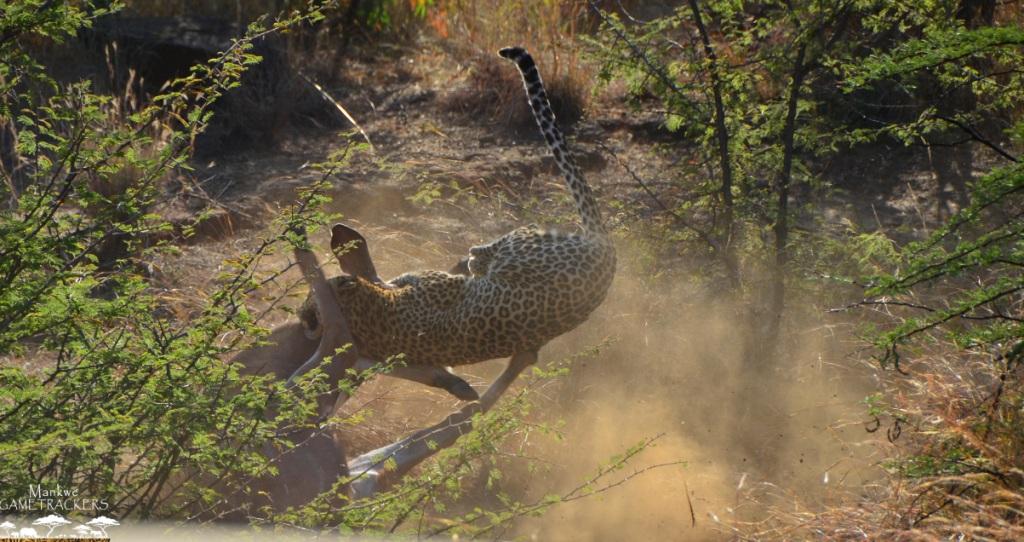 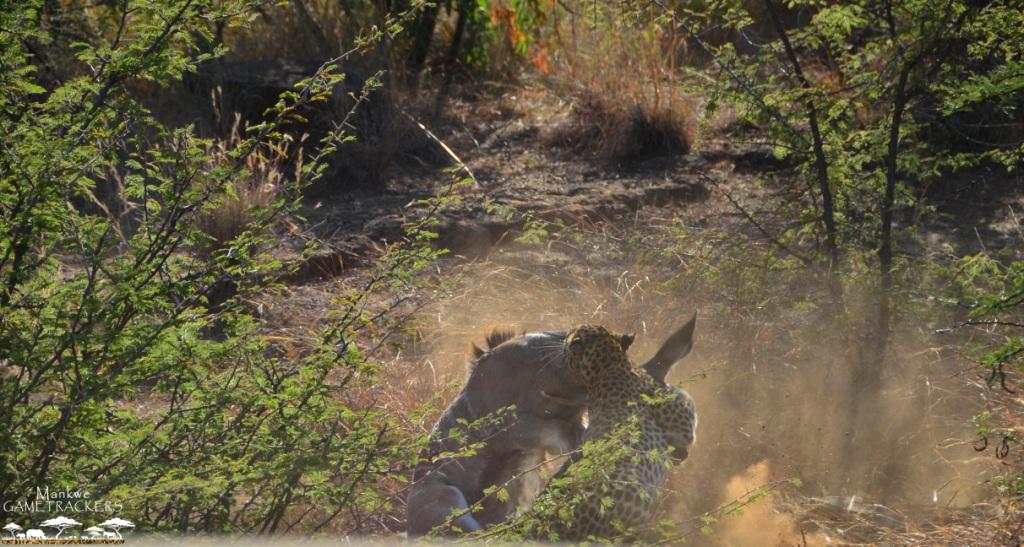 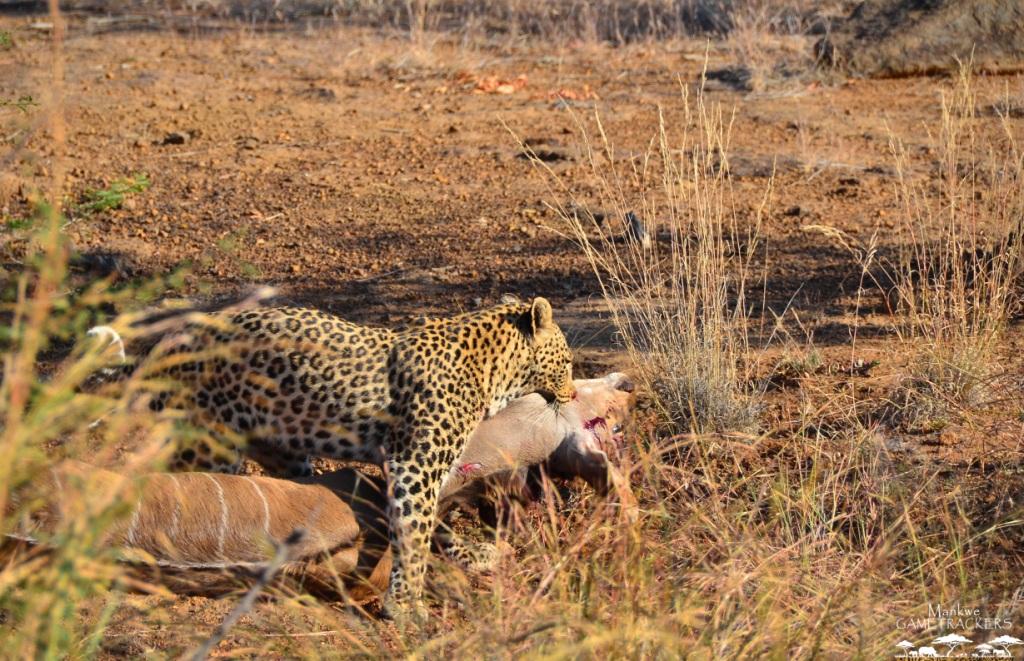 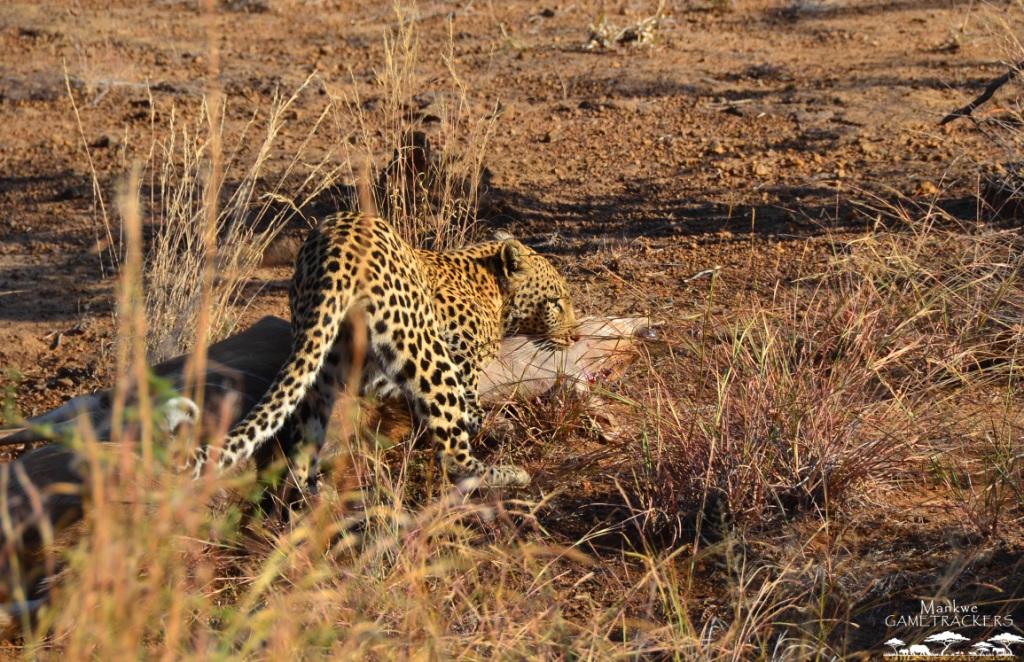 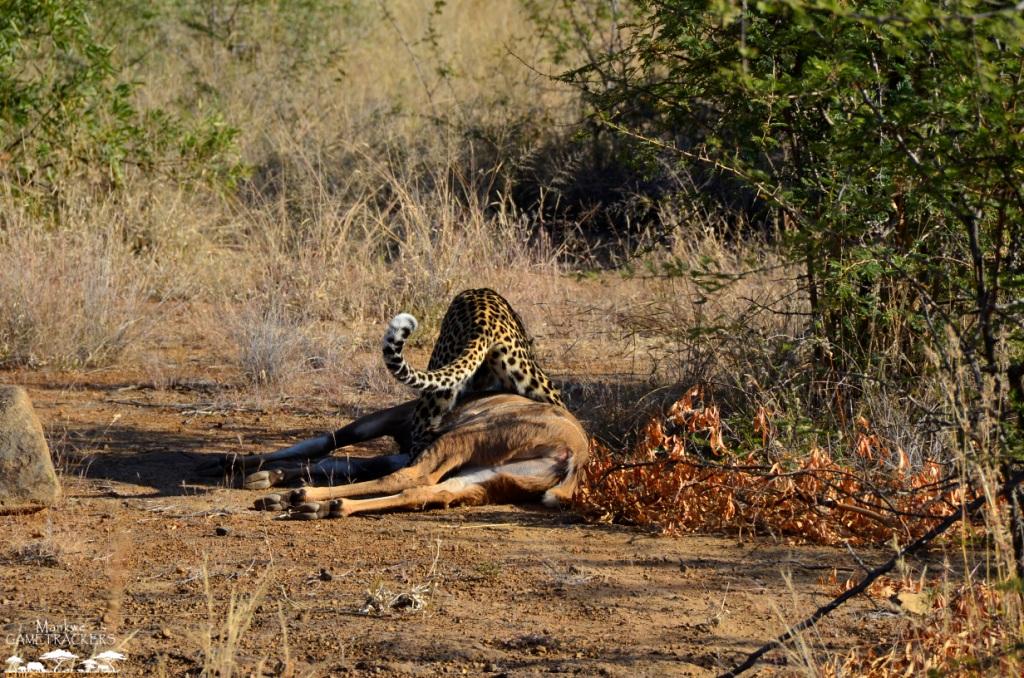