Right place at the right time!

Sometimes we are lucky enough to be in the right place at the right time when something seldom seen is about to happen. This was the case on a morning game drive earlier this year.Field guide Tarryn Rae tells us more:

“I set out with guests on a 5:30am game-drive. Part of the excitement of my job is driving through the gate and never knowing what is going to happen. “I had just got back from my days off so I was not sure what had been happening in the reserve. As we entered the gate I heard on the radio that there were some lions sleeping near the centre of the reserve. We were still miles away and it was said that the view of them was not great so I decided we would take a slow drive and get there when we get there.”

“I often tell my guests that with as far as game drives go, it is all about being in the right place at the right time mixed in with a little bit of luck. On this day, luck was very much in our favour… Not just once, but twice!” “About an hour and a half after the lion sighting had been called in we arrived at the sighting. They were still lying down but not for long. After a few minutes, they got up and started moving towards the road. With it being a weekend, there were quite a few cars around. One thing I have learned well is to give an animal a gap and not block their path.” “We had the most amazing sighting as the whole pride headed towards the road and crossed over in front of us. We were very excited and my guests were very happy, I always say that the day I’m not excited to share a sighting like this with my guests is the day I should no longer do this job.”

“From there on we decided to head to Mankwe hide for a comfort break. The view from the hide is always breathtakingly beautiful and worthwhile to see. While we were there I heard that the lions had come to the water for a drink and we were happy to just relax as we had seen them so perfectly. That was until a herd of wildebeest came to the water for a drink right next to the hide and headed off in the direction that the lions were in. “At that point, I said to my guests that I think we should go and follow the wildebeest as I have a feeling something might happen. We climbed back into the game viewer and headed back down the road. I made the decision to stay with the wildebeest and away from the traffic. If ever you think a predator is hunting the best thing to do is follow the prey, not the predator.”

“We found a gap where we could see both the wildebeest and the lions coming from a distance. As the one lioness got to the top of a hill and saw the wildebeest she immediately crouched down. At this point my stomach was in knots, the rest of the pride were just casually walking and I thought to myself the wildebeest are going to see them and it will be game over. The herd headed closer to the hill and had no clue what was waiting for them on the other side.” “As they got within a couple of meters the lioness, she jumped up and ran towards them. The herd turned and ran for their lives, one made a fatal mistake, she ran towards the lioness with a horn movement before turning to run. This slowed her down and the lioness managed to grab her. The rest of the pride then came in, two young blonde males, another female and 4 cubs. The lioness at one stage momentarily let go of her prey and it tried to get away but to no avail.” “Once they brought her to the ground it was game over. Around three minutes is all it took from the chase to the kill being completed. One can’t help but have a rash of emotion whilst watching something like this, but at the same time, you realize how privileged you are to witness the power of these big cats.”

“No sooner had I said to my guests that it looks like a pregnant wildebeest the lioness ripped the fetus out and turned away from the rest of the pride with it. That for me was a real emotional part of the whole thing. We watched them eating for a while and then left the sighting to give others a chance to see.” 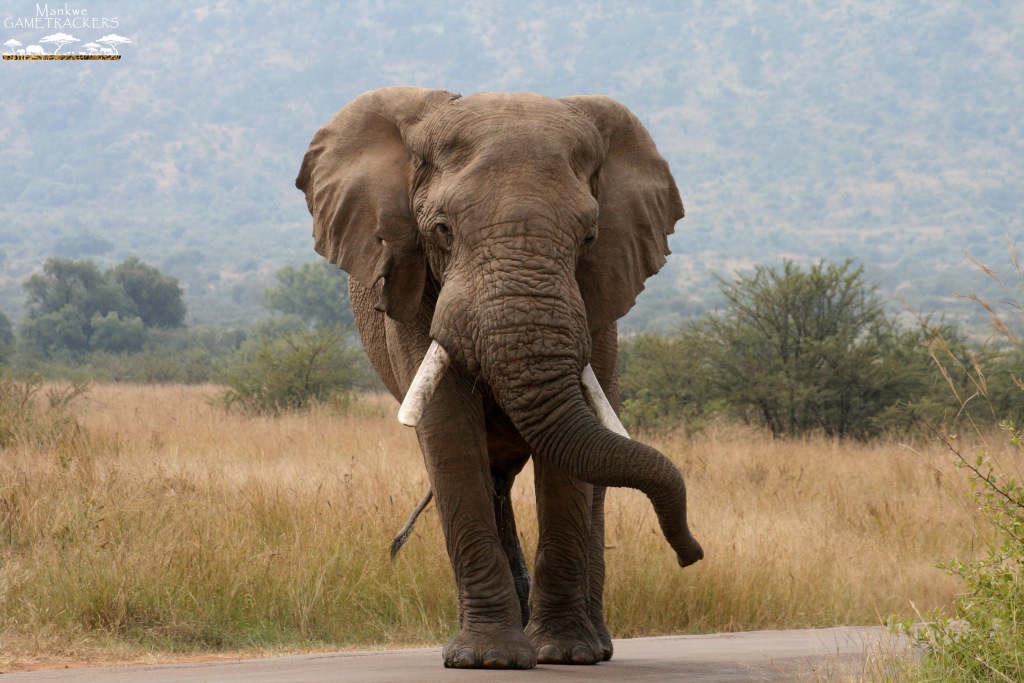 Did you know that an elephant bull can weigh up to 6 tons and live for over 60 years?

Did you know that during confrontations a brown hyena will raise its fur (piloerection) in order to look larger and more intimidating? 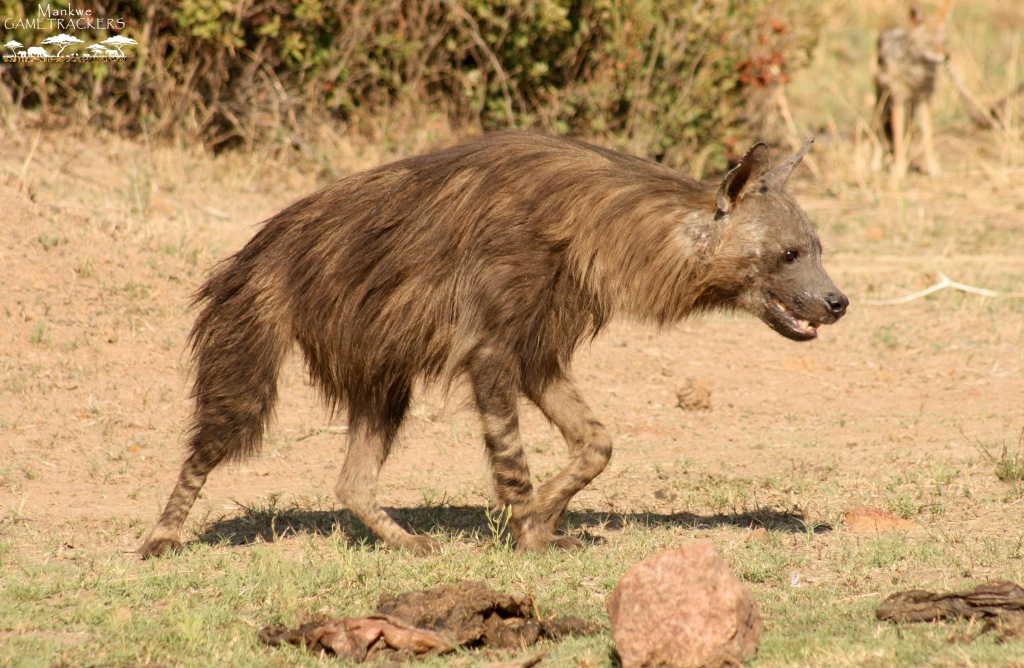 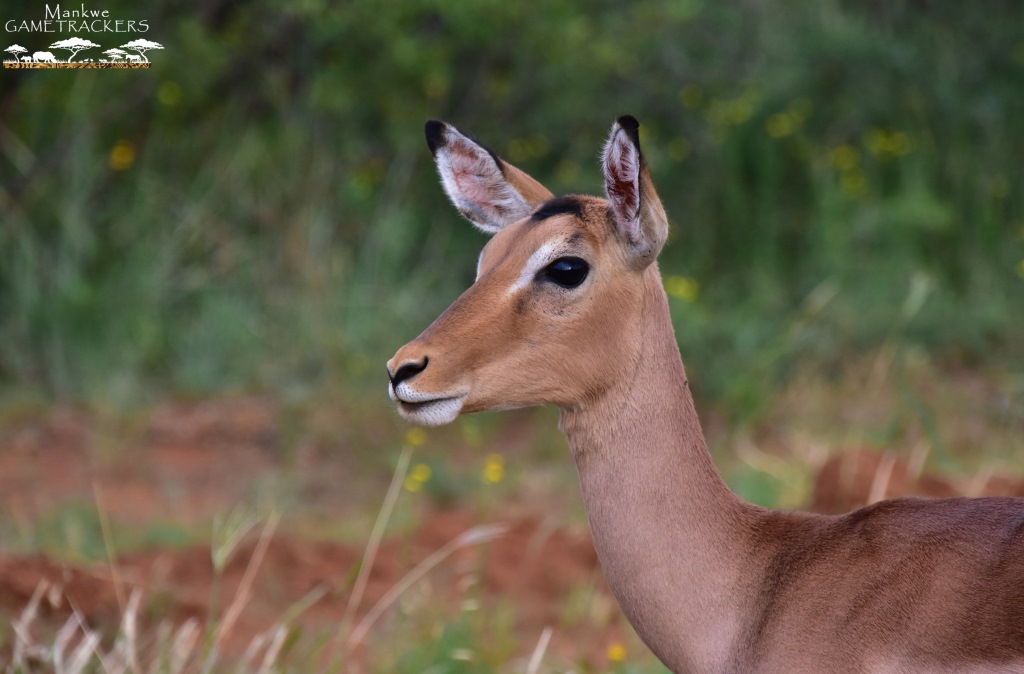 Did you know that Impala have excellent senses? Their large ears and eyes help them to look out for predators. Their eyes are positioned on the sides of the head giving them excellent peripheral vision.

Every Game drive/Safari in the Pilanesberg is different, as field guides we drive through the gate and never know exactly what is going to happen. This all adds to the excitement as we head out on a game drive.

March has been a month filled with large groups and heavy rainstorms. We had some great sightings during the month and here are some we would like to share with you. 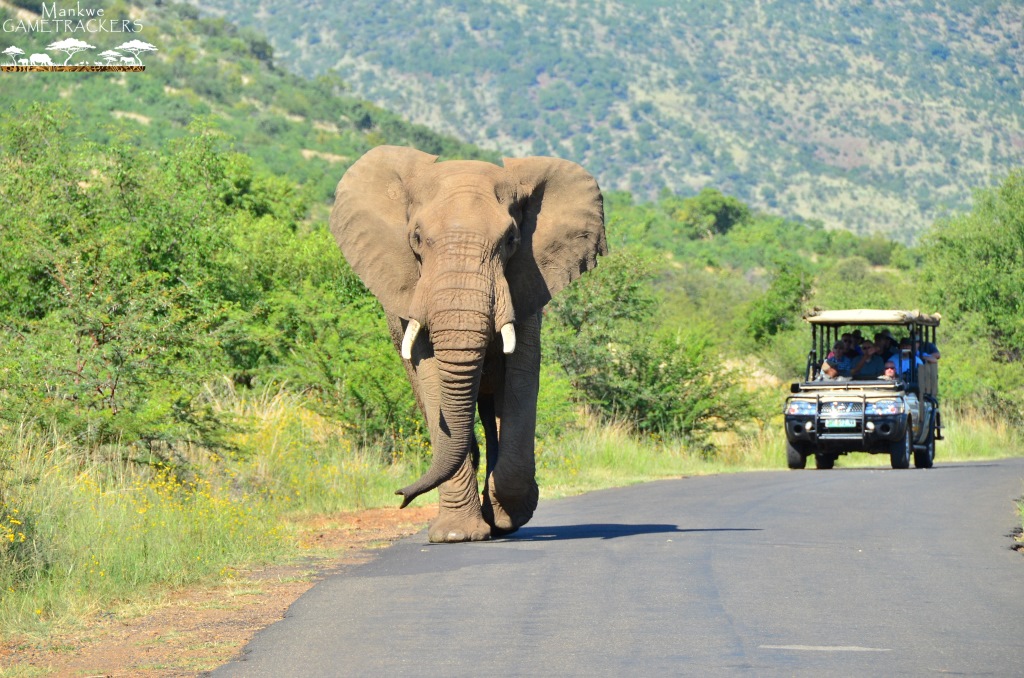 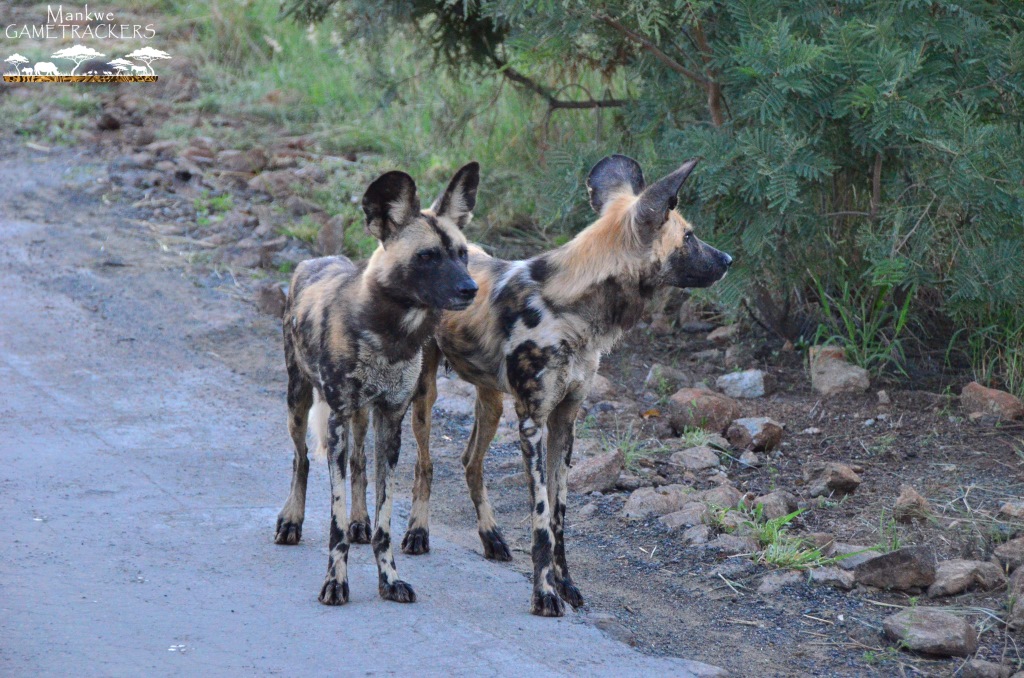 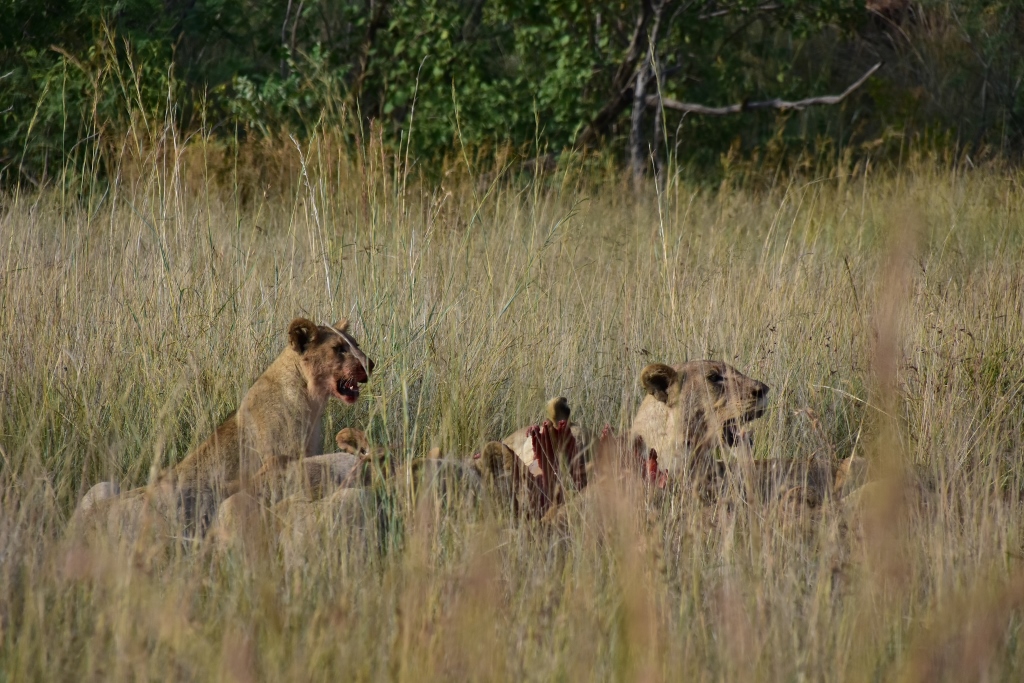 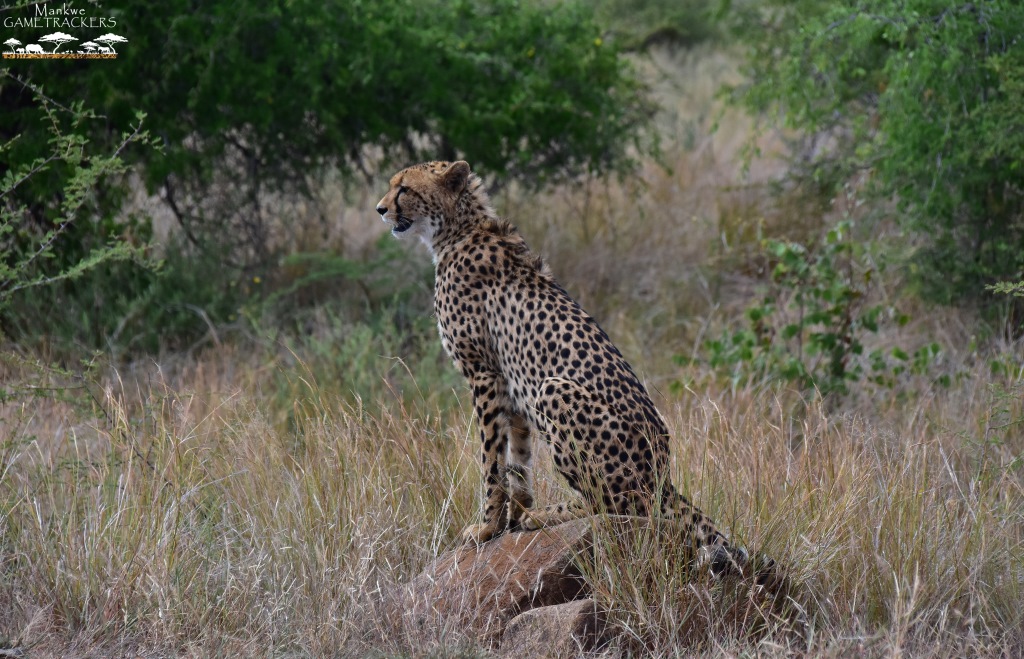 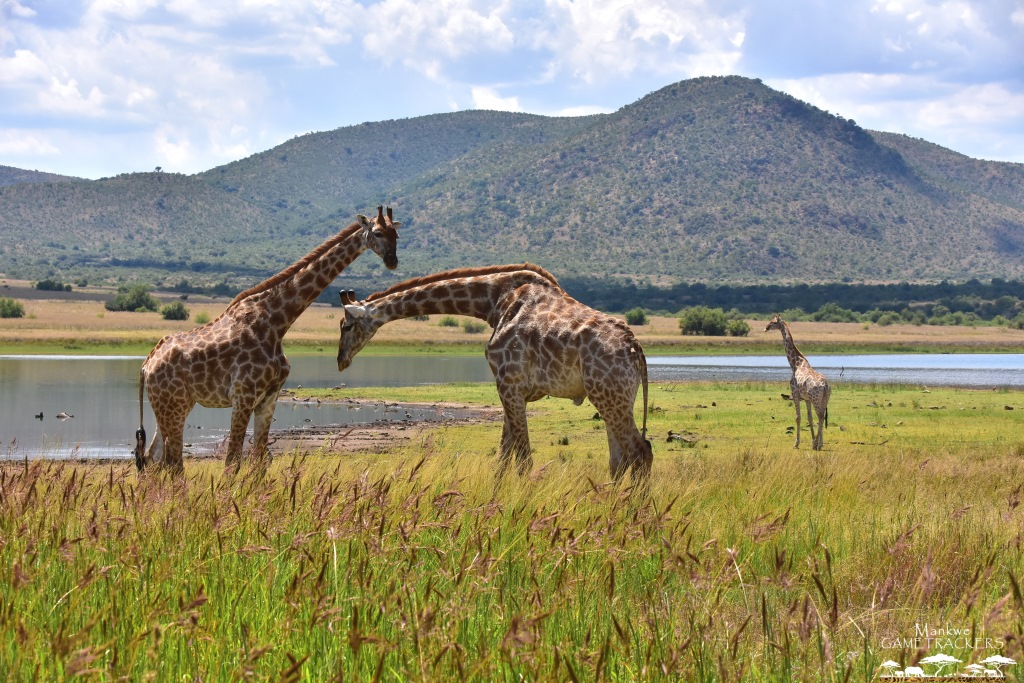 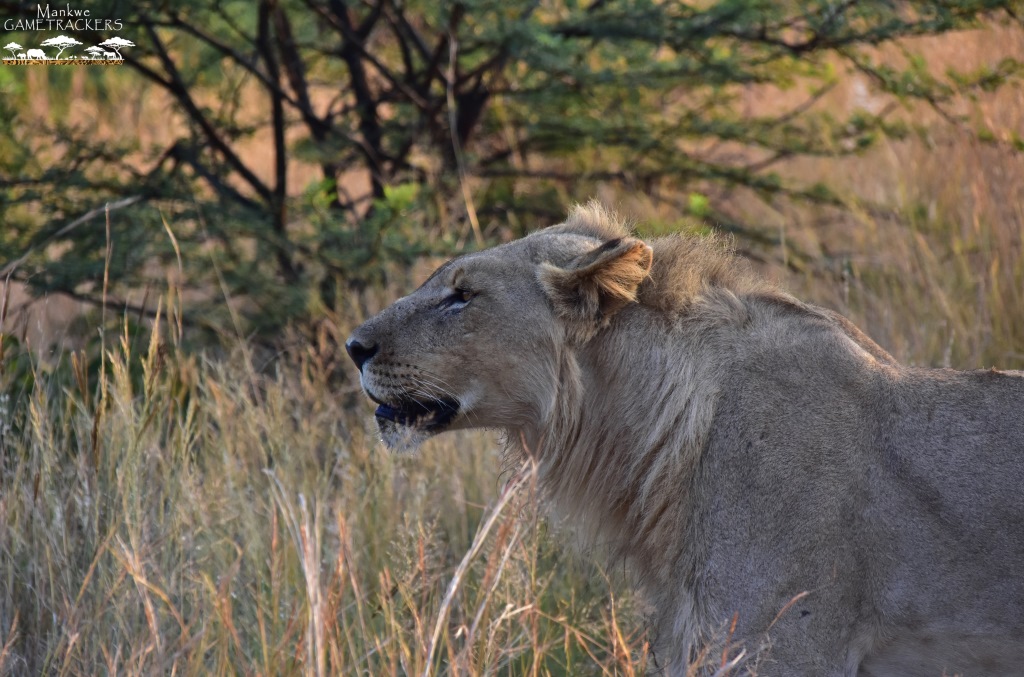 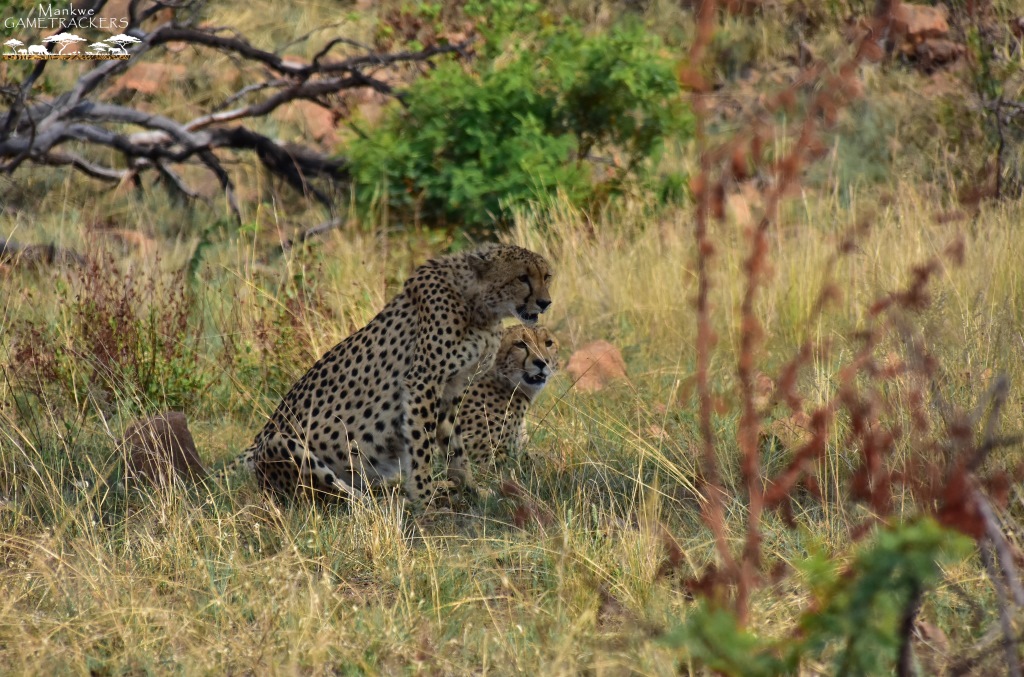 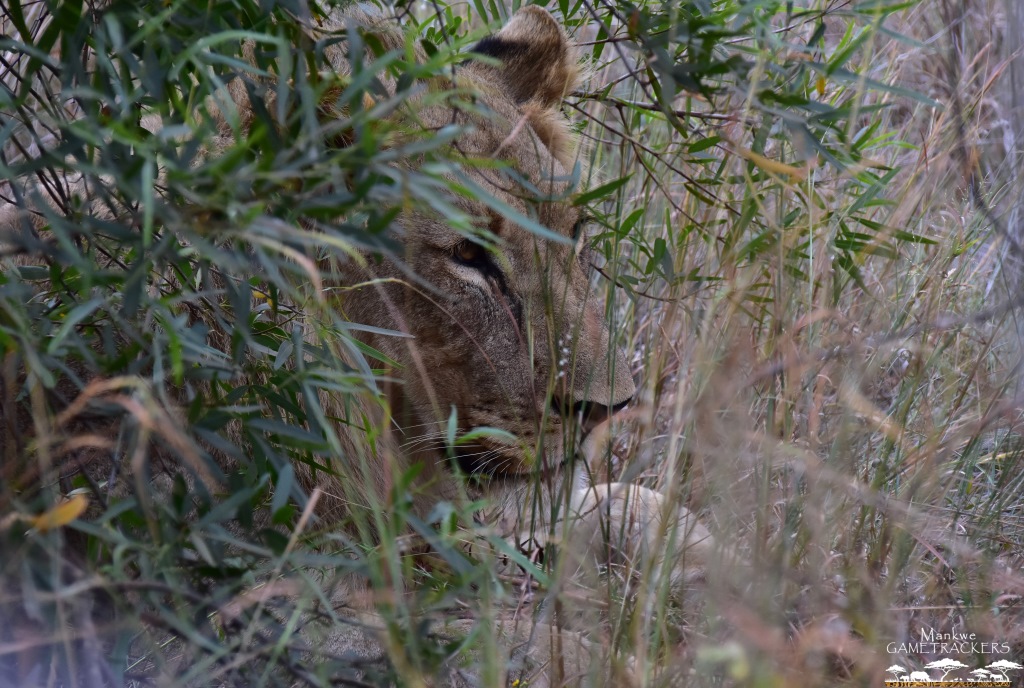 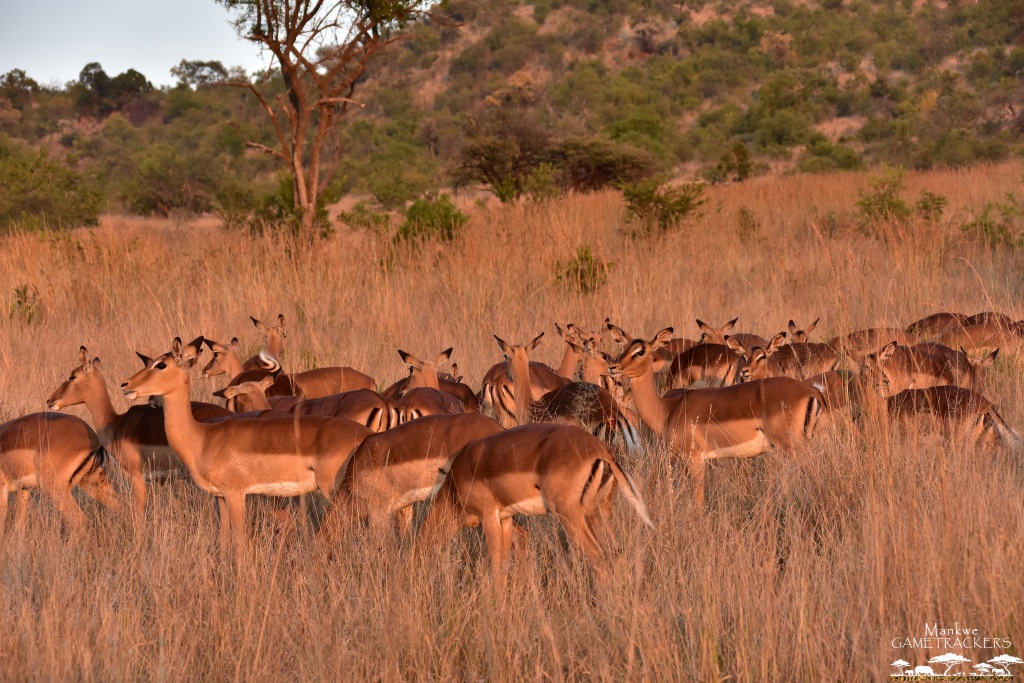 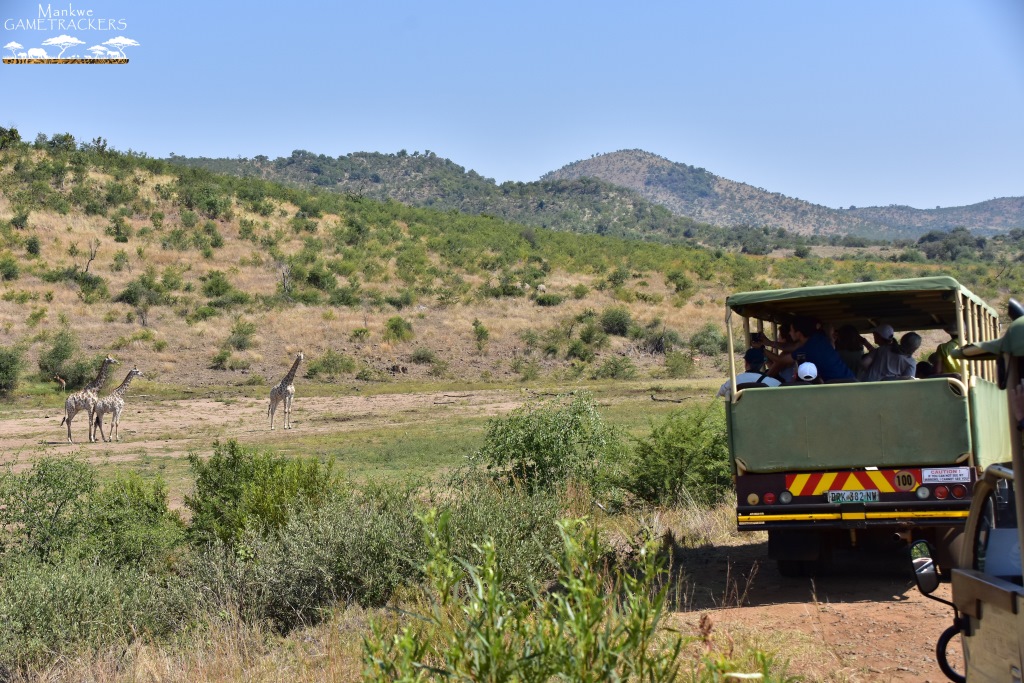 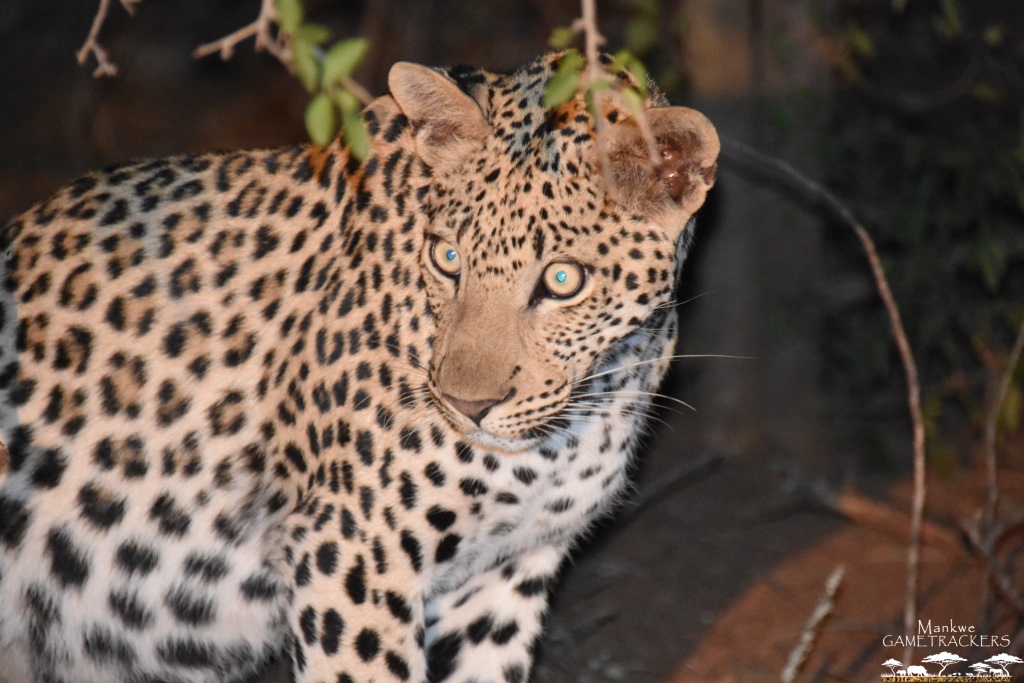 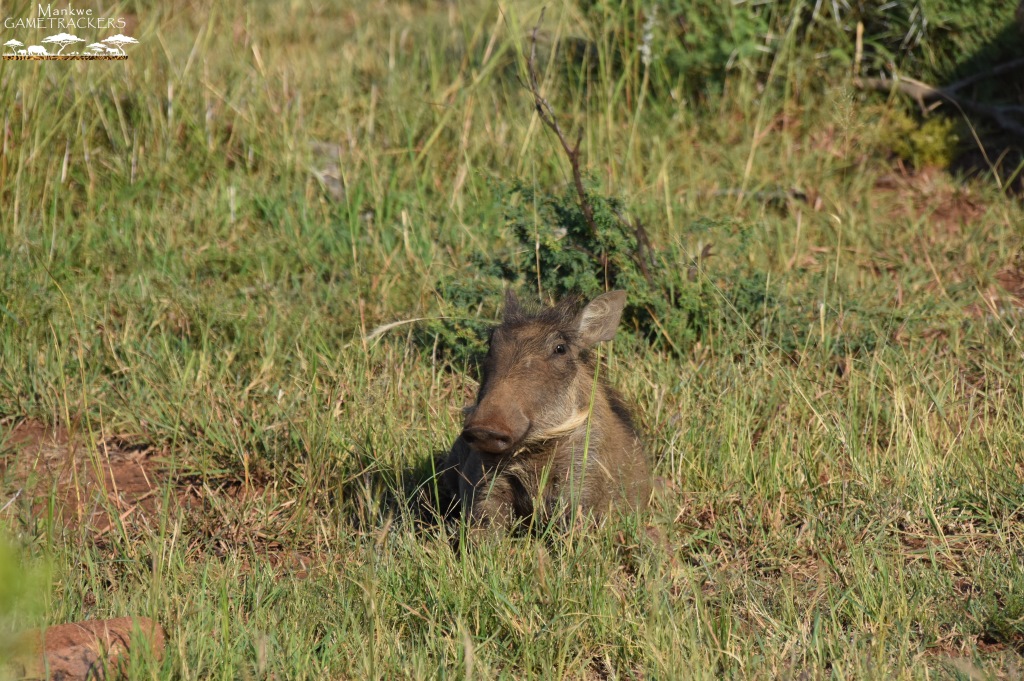 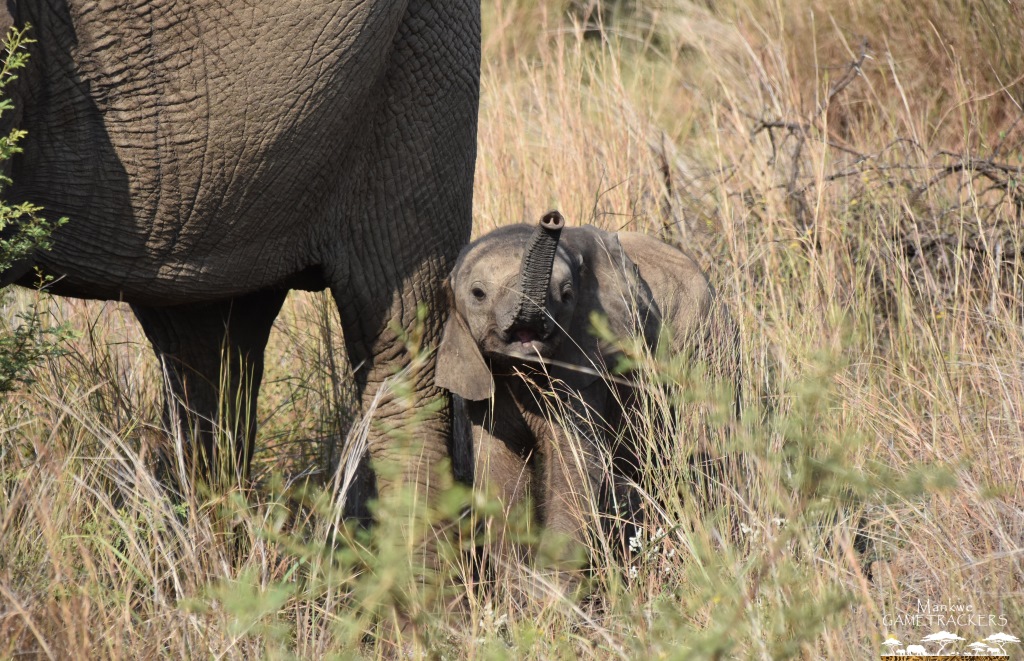 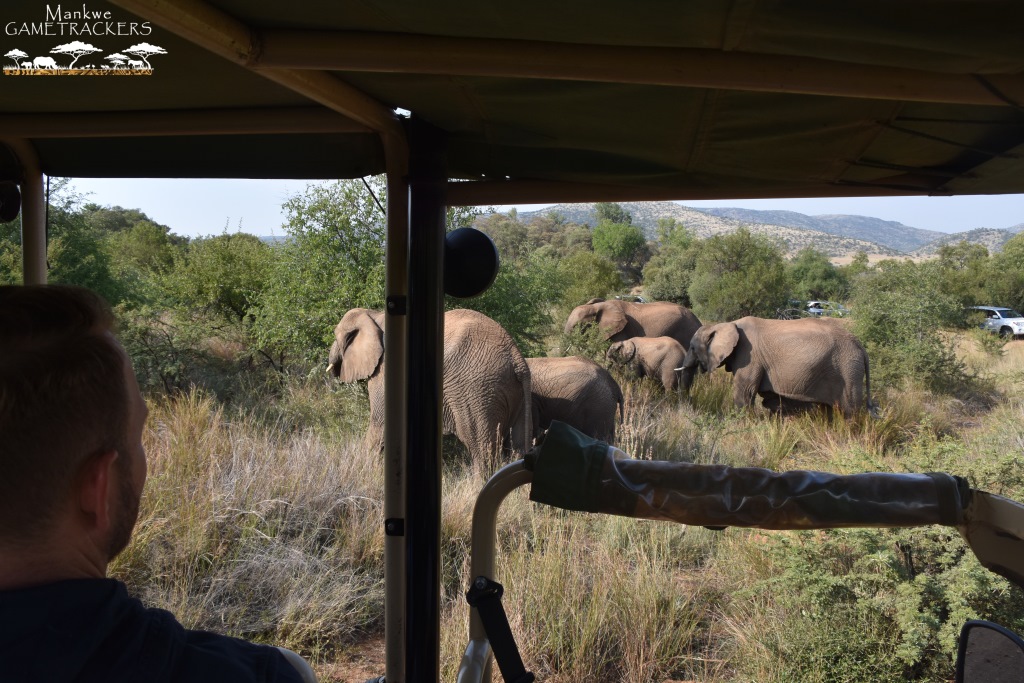