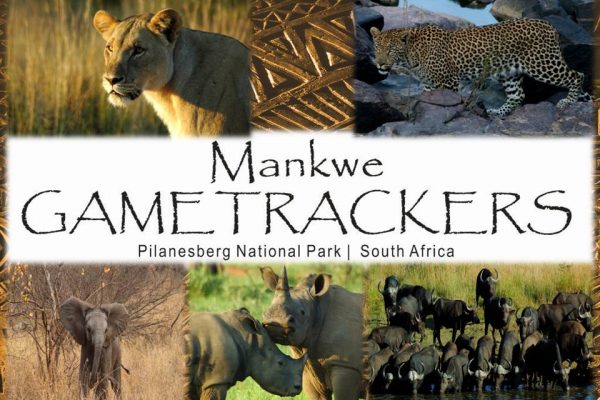 Of all the mammals in Africa why were these ones chosen as the BIG 5?

In the19th and early 20thcenturies The Big Five quickly became known as the most dangerous animals to hunt on foot. With hunters seeking the thrill of hunting one of these well known animals. This is where the whole idea of the big five began.

Now the Big 5 namely Elephant, Lion, Leopard, Buffalo and Rhino are highly sought after by guests coming to visit Africa. 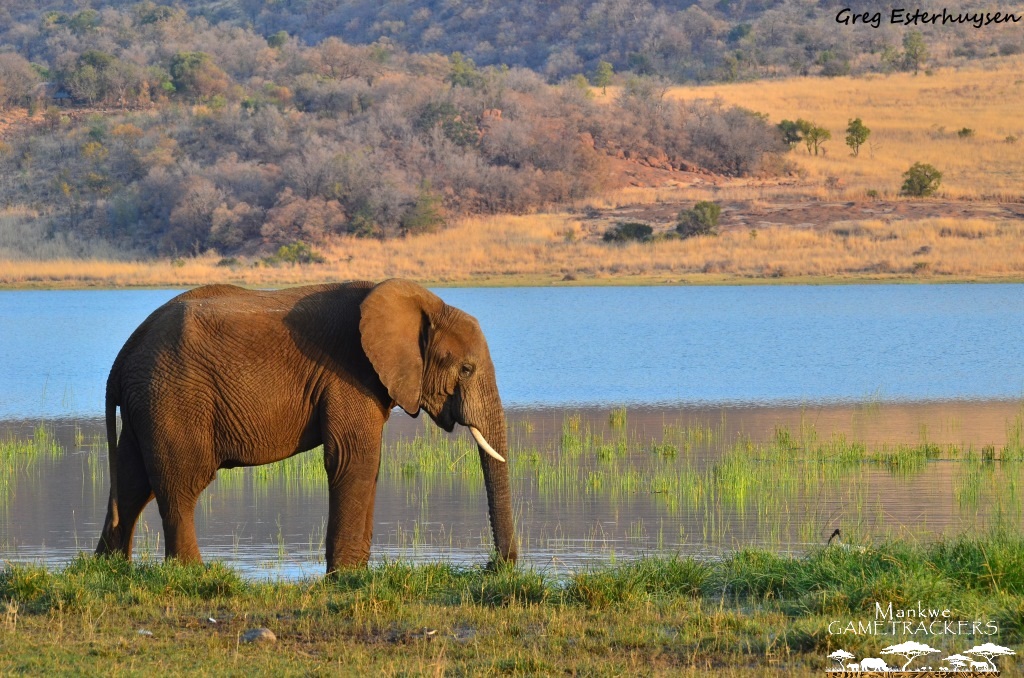 Always great to share a sighting of these gentle giants while out on a game drive with guests. Elephants are very social animals and live in family groups where every member is of great importance. In the breeding herds the oldest female is the matriarch and makes all the dissensions within the herd. After carrying the calf for around 22 months the female will do anything to protect her calf from danger. If a threat is around the adults in the herd will often form a close group with the little ones in the middle.

We don’t meet many guests that don’t want to see a lion. There is nothing better then hearing them roar, that sound goes right through you. Lions are the only truly social cats living in close nit prides. Female lions are the pride’s primary hunters however the males do help from time to time. Although lions can be active at any time, their activity generally peaks at dawn and after dusk when it cools down. That is why we do most of our game drives during these times. 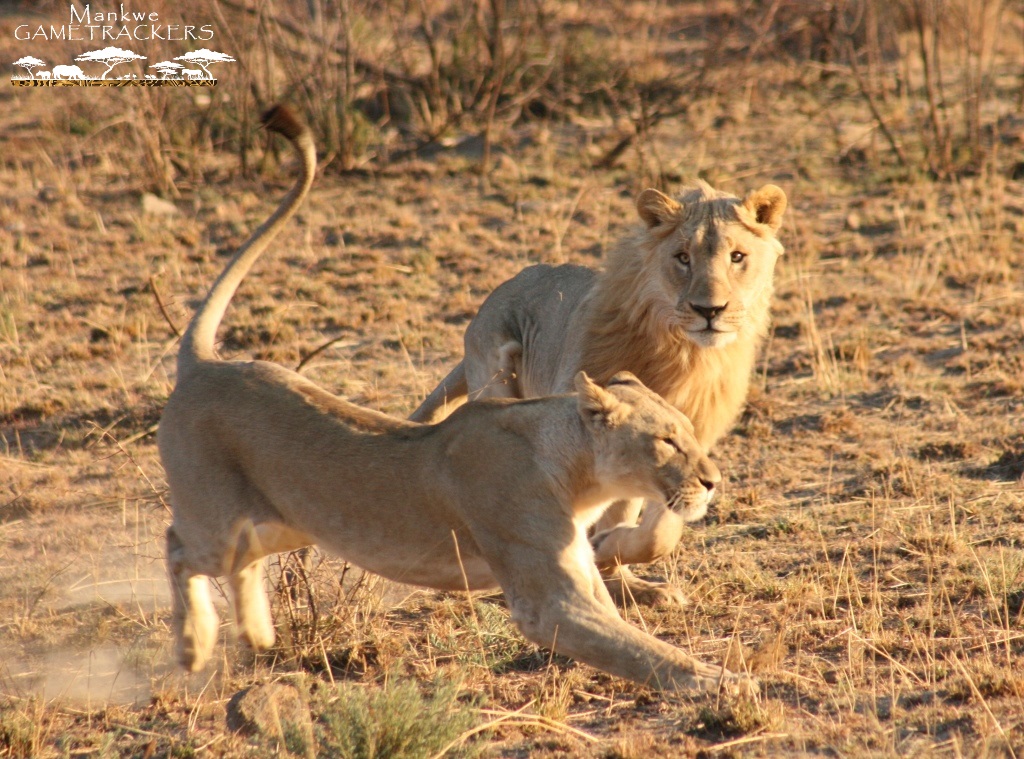 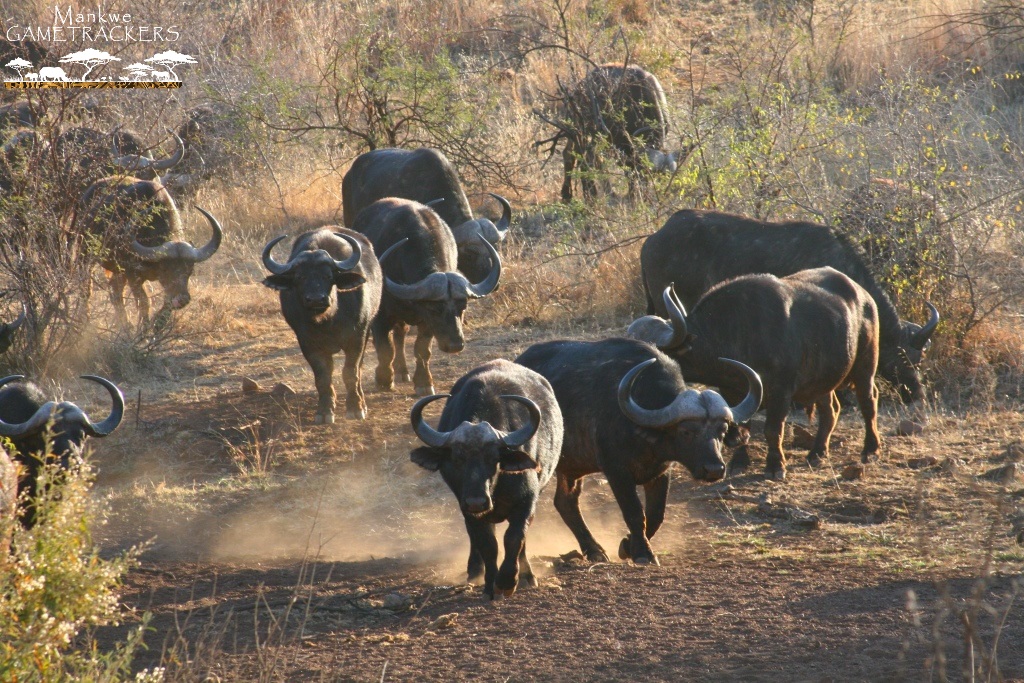 One of the big five that we don’t see very often, they have been nicknamed “The ghosts of the Pilanesberg” for a good reason. During the summer months they like to hide in the north of the reserve but in the winter months we start seeing them again.

There is always great excitement when we get the privilege to see one of these cats. Leopards just seem to appear when you least expect it. They tend to be nocturnal (active mainly at night) when their great night vision gives them an advantage. Unlike lions, leopards are solitary cats only one might see them together if it is a female with cubs or a mating pair but the rest of the time they wonder around alone. The white spot on the end of the tail is used by the female to communicate with cubs while hunting or in long grass. 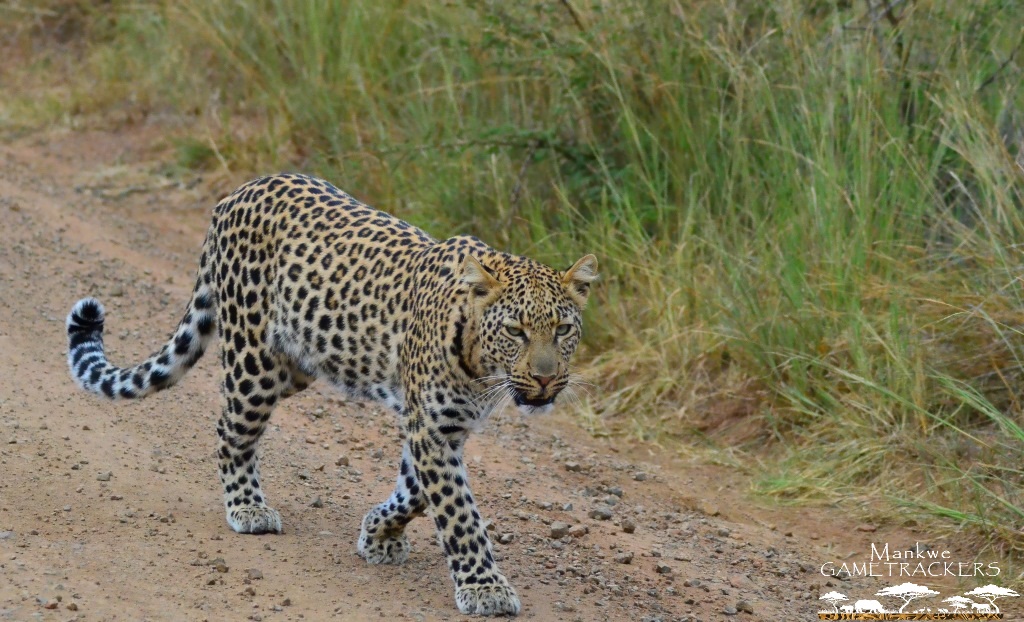 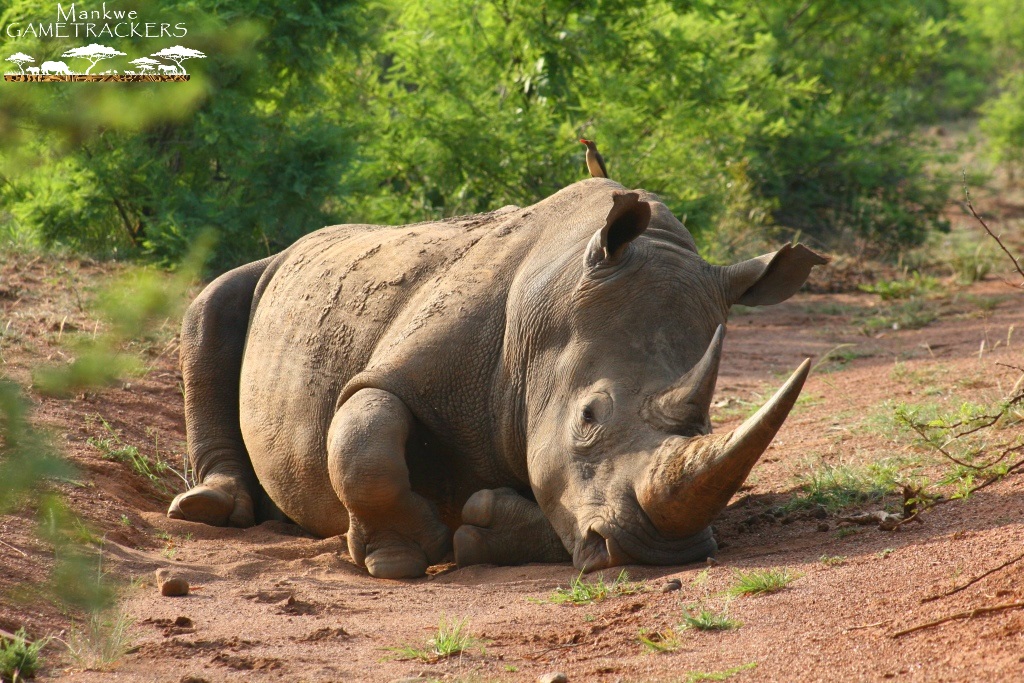 We get both the Black and the White Rhino in Pilanesberg. One is very lucky to see a Black Rhino as there are fewer of them and they like to hide in bushy areas. The white rhino being a grazer is easier to spot as they standout in the open. Poaching of rhinos is a huge problem that even we battle with, but we have an amazing anti-poaching team which make a huge difference.