Meet “Rain” and her three cubs 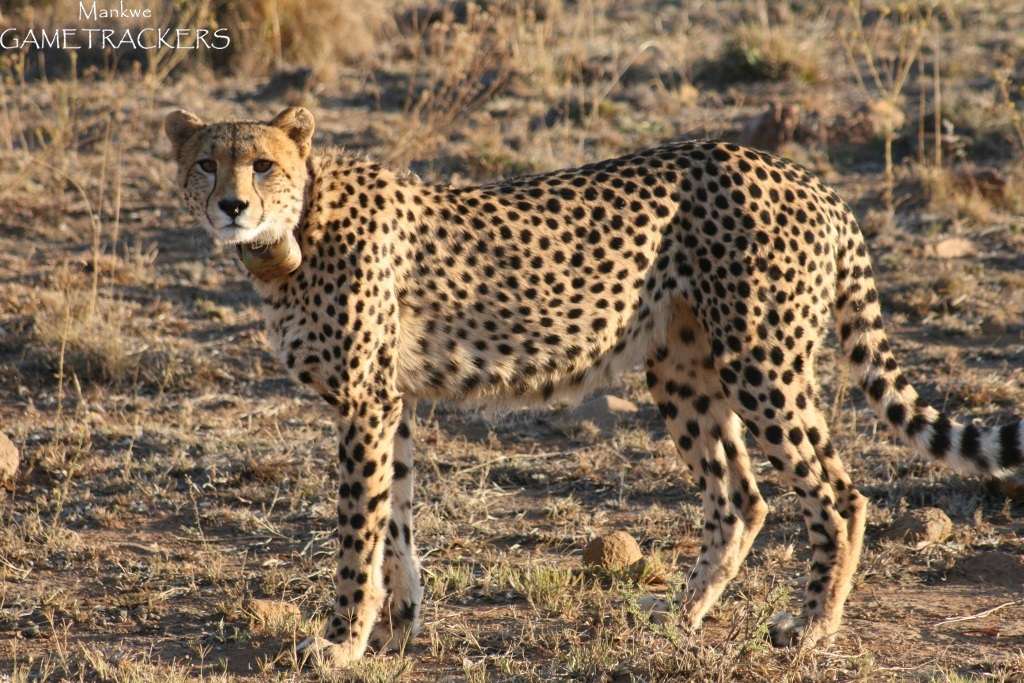 This is Rain, the only female cheetah in the Pilanesberg National Park.

Rain has such a fantastic story to tell. She was relocated to the Pilanesberg National Park on the 11 April 2014. At that stage there had only been a coalition of two cheetah brothers seen in the park over the last couple of months. It is very difficult to find wild cheetahs to reintroduce as they are highly endangered. Everyone was extremely excited the day the news came that “Rain” was released into the park. Rain was very nervous of cars and game-viewers when she first arrived but as time went on she became more relaxed with all of us.

In November 2014 we were all very exited when the news came out that what we had all been waiting for had happened!

Rain had had four cubs (little balls of fluff).
A camera trap in the park had managed to get photographic confirmation. 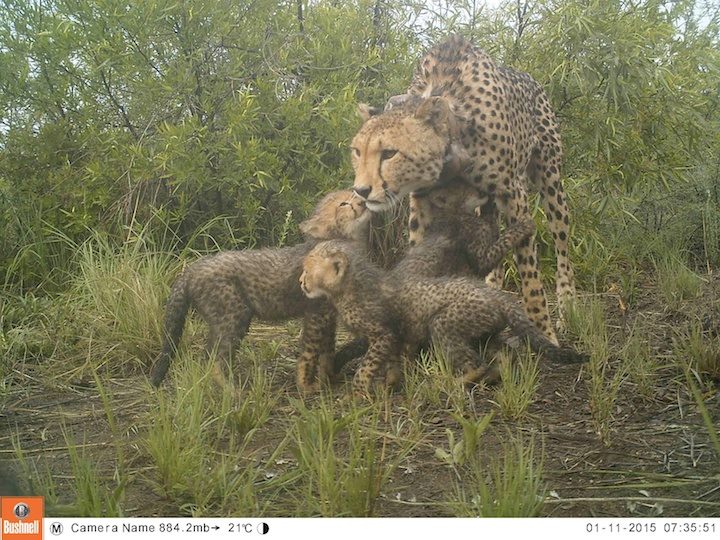 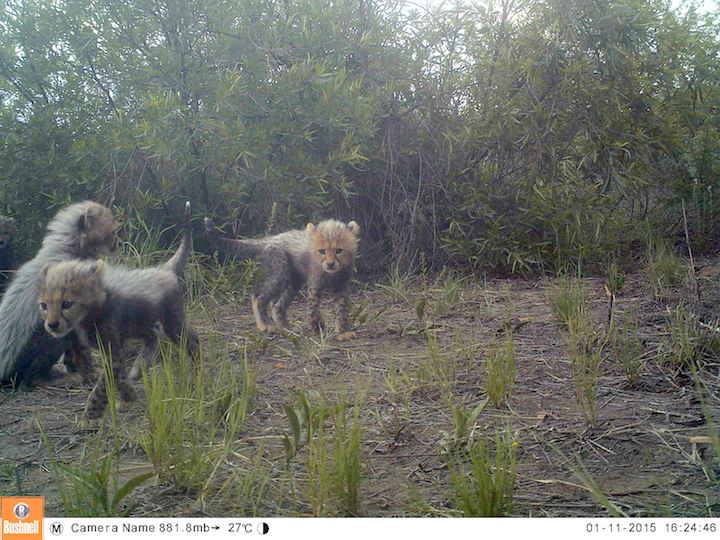 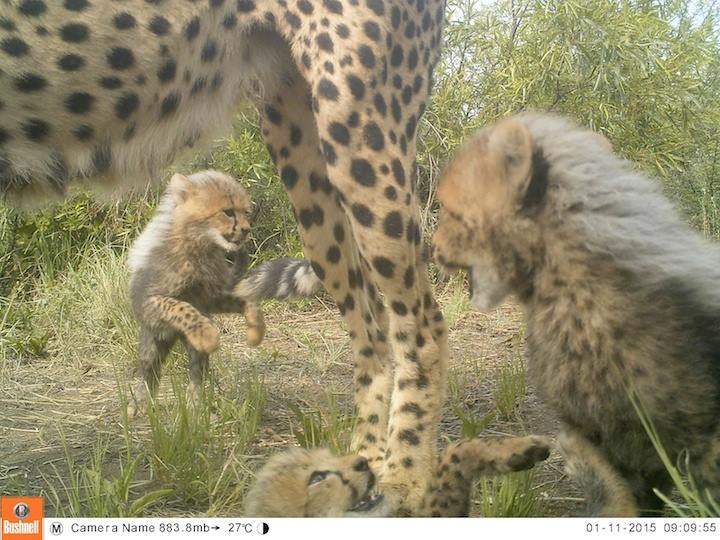 Rain turned out to be fantastic mom, she knows exactly how to avoid lions and thrive in her surroundings. Unfortunately cheetah cubs have a high mortality and when the cubs were around 4 months something happened to one of them and she was left with three. The fact that she has done so well with these three is a fantastic success story. The cubs have grown very quickly and move with mom all over park. It is always exiting when we get to see them on one of our game drives or sometimes from the hot air balloon. 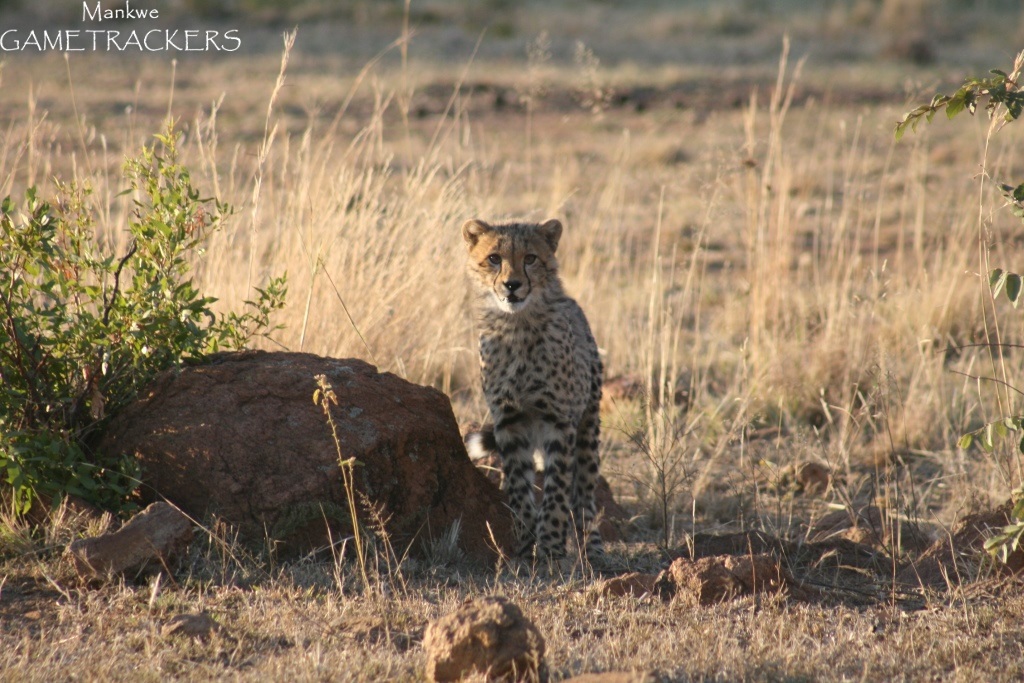 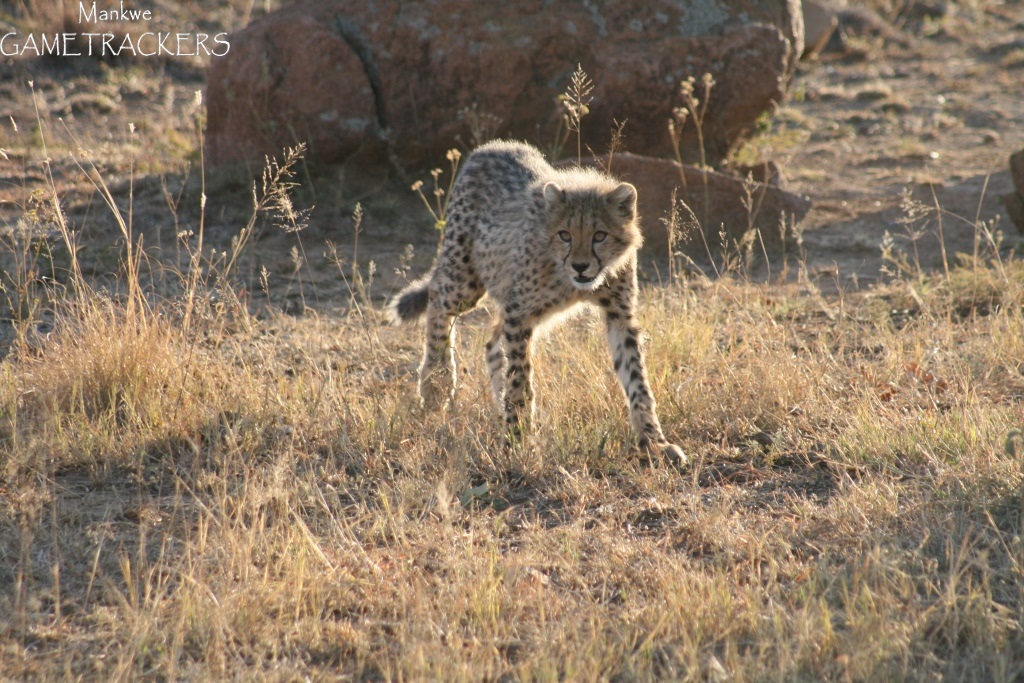 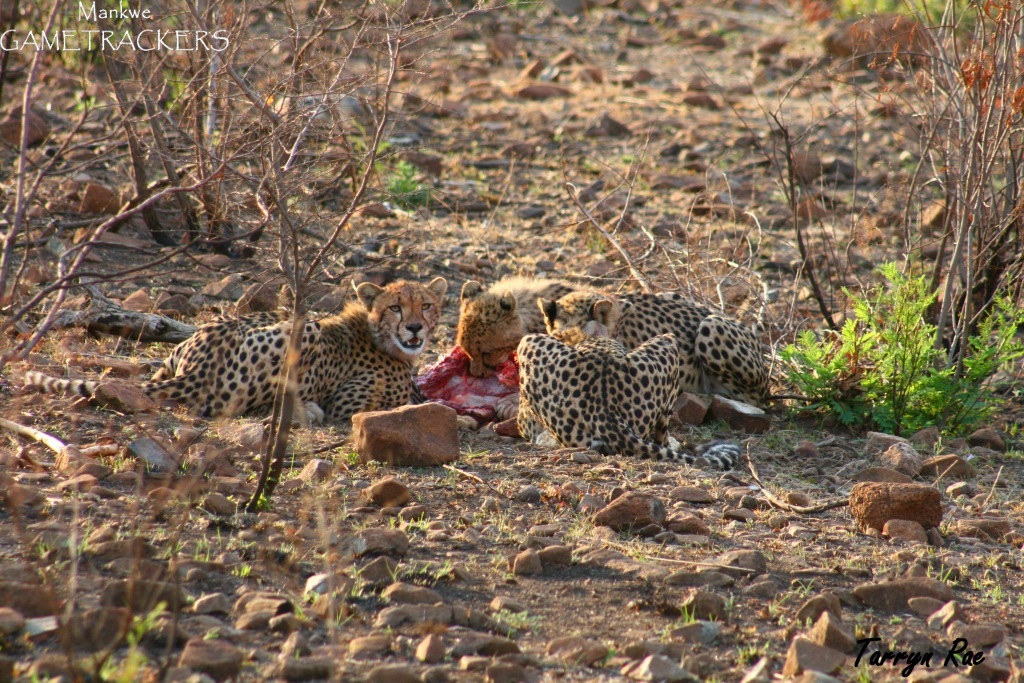 The cubs have turned out to be three males, which is a good thing for them as they will probably form a coalition and stay together after they leave mom. Rain has been teaching them how to hunt and they are getting better and better.

They are reaching the point now where Rain will leave them and they will be on their own to become adults and eventually have youngsters of their own. In the last couple of days we have been seeing the boys on their own so it seems as though this time has come. 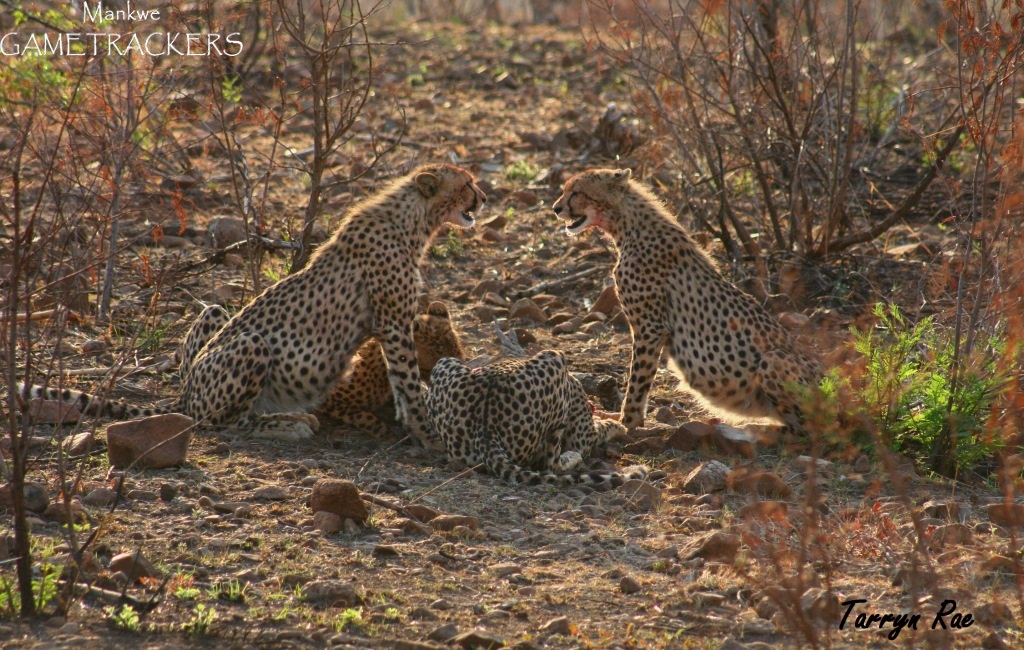